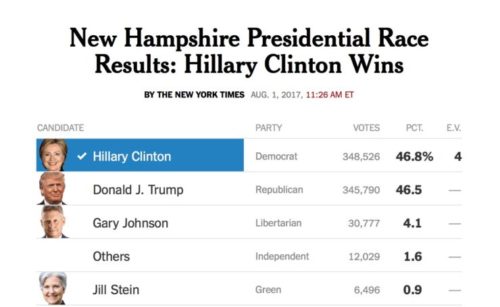 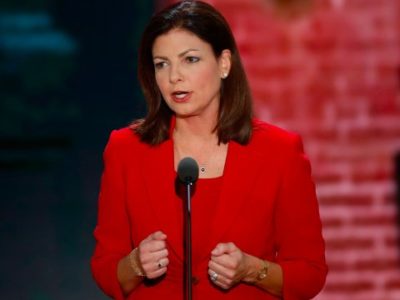 On November 8, 2016, election day, more than 6,540 people registered to vote in New Hampshire using out-of-state driver’s licenses, almost a year later, only 15 percent of the newly minted New Hampshire voters have been issued a driver’s license and/or registered a motor vehicle. Evidently, 5,526 people have disappeared. Did they retreat into the shadows to live with the illegal aliens, or did they return to Massachusetts after casting their fraudulent ballots?

Project Veritas discovered that not only can a person register on election day and vote that day, but you could also vote even if you tell the workers at a polling place that you don’t live and do not plan on residing in New Hampshire. Operatives of Project Veritas’s investigative unit were told by poll workers in New Hampshire that they could use a Massachusetts driver’s license and that they could fill out a form if they had no identification; “I don’t live here and I don’t have any identification. No problem.” When a state does not have a voter identification law and honorable, trustworthy people to serve as poll workers, it calls into question the integrity of its local, state, and national elections.

What are the consequences of same-day voter registration and willful negligence by poll workers? In last November’s presidential race, Democrat Hillary Clinton defeated Republican Donald Trump by 2,732 votes. In an even tighter race for the U.S. Senate, Democrat challenger Maggie Hassan unseated Kelly Ayotte by 1,017 votes. The number of voters unaccounted for and the razor-thin margins of victory in two races leaves one wondering if Trump won New Hampshire and Ayotte was robbed of her Senate seat.

The State of New Hampshire needs to reevaluate the effectiveness of its current election laws, and its legislature needs to repeal New Hampshire’s same-day registration law and pass a voter identification law to try and prevent voter fraud.