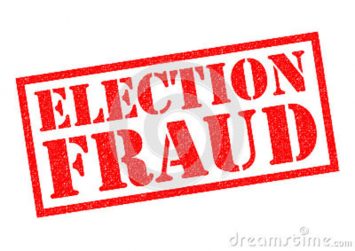 A woman named Carolyn Lewis (68) who is employed by the Chapel Hill Independent School District in East Texas was arrested and placed on administrative leave after it was discovered she filled out multiple absentee ballots. Why did Lewis take it upon herself to destroy the integrity of several local elections? A local, television station, KETK, reported that during an interview, Lewis said, the white candidates would not be suitable for the school, “we felt like the white people were gonna clown because this is the first time that we have ever seen this many in it.” Lewis is a racist who is fueled by the Democrat Party’s only offering to the American people, identity politics, which feeds racists and leads to tribalism.

Lewis was arrested after the Smith County Elections Administrator found four absentee ballots witnessed by the same individual. Following the discovery, the Smith County District Attorney’s office was alerted to the election fraud Lewis perpetrated on her fellow residents. The District Attorney confirmed the allegation and dispatched local law enforcement to pick up Lewis. Police located the racist, election fraudster sitting in her car in the Chapel Hill High School parking lot filling out two more absentee ballots; it takes a lot of time and effort to steal an election.

During questioning by police, Lewis admitted to soliciting ballots and was subsequently arrested and booked into jail. On April 24, 2019, Chapel Hill ISD released the following statement:

We became aware that an employee had been charged with tampering with an election. The employee has been placed on leave pending an investigation of the alleged misconduct. Due to the pending investigation, Chapel Hill ISD cannot comment at this time. The District will work cooperatively with the Smith County Sheriff’s Department during its investigation.

However, a couple of members of her tribe, School Board Vice President Ronnie Williams and School board Secretary Gregory Ford, defended the crimes stating separately that only four ballots were in question and that Lewis was arrested on some, “small, little technicality.” There is no place for election integrity when your tribe is fighting for power and the spoils that come with it.