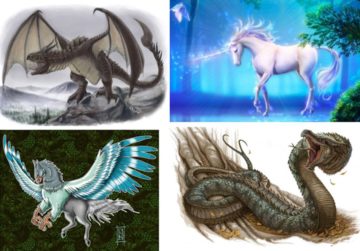 “There is no evidence of voter fraud, Biden told CBS This Morning. Crazy Uncle Joe claims voter fraud is a myth, but voter suppression is real; Democrats equate voter ID laws with voter suppression. People are required to submit ID to write a check, enter a bar, board an airplane, et cetera, et cetera, but asking people to show identification to vote is a bridge too far. The State of Texas disagrees with Biden and his comrades in the Democrat Party because of its Election Fraud Unit’s record of success.

four individuals were indicted on 30 felony counts of voter fraud and arrested following a lengthy investigation by the Election Fraud Unit. The defendants – all members of an organized voter fraud ring – were paid to target elderly voters in certain north-side Fort Worth precincts in a scheme to generate a large number of mail ballots, and then harvest those ballots for specific candidates in 2016.

The four imaginary animals and their charges are:

These outstanding individuals were engaged in what is known as vote harvesting, or what Democrats refer to as “getting out the senior vote without their knowledge.” Vote harvesting is accomplished in two phases, seeding, and harvesting. In the seeding phase, applications for mail ballots are proliferated to blanket targeted precincts with mail ballots. Once the election offices mail the ballots, the mythical fraudsters attempt to intercept the ballots to complete and submit for their chosen candidates. Sanchez, Tepichin, Solis, and Parra fraudulently requested and filled out at least thirty ballots for Democrat candidates.

Voter fraud destroys election integrity. The State of Texas understands that without election integrity a democracy deteriorates into a banana republic, which is why it has an Election Fraud Unit. Democrats oppose all law enforcement units that investigate voter fraud. States controlled by Democrats do not have election fraud units because they depend on deceased voters, illegal aliens, and fraudulent mail-in ballots to win elections; you will never see an Election Fraud Unit in blue states.