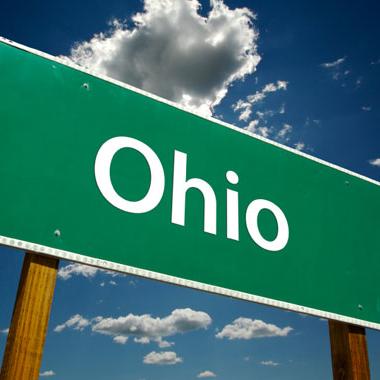 A county-level grand jury in Ohio indicted several foreigners residing in the United States who voted in various national, state, and local elections. The non-citizens were able to register and cast ballots in elections held in 2012, 2015, and 2016. Although Franklin County’s Board of Elections (BOE) and Ohio’s Bureau of Criminal Investigations (BCI) uncovered voter fraud in Franklin County, Ohio and indicted the perpetrators, the indictment of seven individuals is hardly a cause for celebration.

When Franklin County Prosecutor Ron O’Brien announced the indictments of the fraudsters, he also mentioned that his office’s review of election records uncovered that people who are not U.S. citizens “had registered and/or voted but had checked the ‘No’ box on the question whether they were a U.S. citizen were not criminally charged but were removed from the voter rolls.” The primary reason the State of Ohio and Franklin County discovered voter fraud is because the accused did not try to conceal their criminal activities. Why would illegal aliens or legal immigrants register to vote and voluntarily check the “No” box when answering the question as to whether he or she is a U.S. citizen?

Foreigners are registering to vote because Barack Hussein Obama told them “when you vote, you are a citizen yourself and there is not a situation where the voting rolls are somehow transferred over, and people start investigating, et cetera.” Obama told illegal aliens there would be no repercussions for voting in U.S. elections. Obama and his comrades in the Democrat Party are committed to turning out the illegal alien vote, which is why every state has to review its voter rolls and prosecute every non-citizen who registers and/or votes in an election to restore the integrity of elections.

It is possible the only reason election officials in Ohio are bothering to look at voting rolls is because Judicial Watch and True the Vote filed a lawsuit in 2012 against election officials in Ohio alleging violations of the National Voter Registration Act (NVRA). Specifically, the suit alleges that “Ohio Secretary of State Jon Husted and Ohio election officials have failed to take reasonable steps to maintain clean voter registration lists as required by Section 8 of the NVRA.” Judicial Watch and True the Vote did the American people a great service by forcing the State of Ohio to comply with federal laws intended to maintain the incorruptibility of U.S. elections.

Despite what Democrats claim, voter fraud is real. If foreigners are voting in elections held in Ohio imagine the number of fraudulent ballots cast in states such as California, Texas, and New York by illegal aliens; did your head just explode. The incompetence and/or unwillingness of election officials across America to maintain accurate voter rolls calls into question the integrity of every election result. Judicial Watch should file a lawsuit against every state demanding a thorough review of voter rolls to ensure the accuracy of their records.