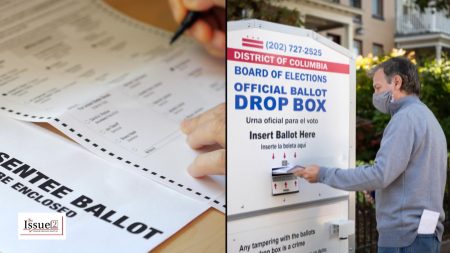 The Democrat Party is tired of elections because its plans for America are not popular with normal Americans. What does a political party that cannot convince voters that destroying themselves and their nation leads to utopia do to overcome its agenda? Democrats know that legalizing voter fraud is the key to making elections obsolete and securing permanent power.

House Democrats passed H.R.1 “For the People Act” to enshrine voter fraud. The ultimate purpose of H.R.1 is to transform America into a nation in which dumb, unimpressive, tiny tyrants rule over a powerless citizenry. The legislation starts by declaring that contrary to Article 1 of the United States Constitution, Congress has an “ultimate supervisory power over federal elections.” After the Marxists dismissed the U.S. Constitution, they revealed their radical agenda for transforming western democracy into sham elections as you find in China.

Democrats want to make mail-in voting, ballot harvesting, and anonymous voting permissible under their legislation. The following is from H.R.1:

“A state may not require an individual to provide any form of identification as a condition of obtaining an absentee ballot.”

If anonymous voters requesting absentee ballots doesn’t bother you, how about this radical idea:

“A state may not require authorization or witness signature or other formal authentication as a condition of of obtaining or casting an absentee ballot.”

So “voters” don’t need to present identification or provide anything that would allow election officials to identify and verify voters. The Democrats’ push to allow complete anonymity of voters is a continuation of the mail-in voting, ballot harvesting, and ballot dropboxes that allowed them to steal the 2020 presidential election under the guise that the China Virus made it impossible for people to safely cast ballots at polling places.

Democrats cannot win elections conducted aboveboard, so they must legalize voter fraud. Democrats have learned that promising people unlimited abortions, pornography, illicit drugs, and food stamps is not enough to win elections, so H.R.1 is their power play to eliminate fair, valid elections.