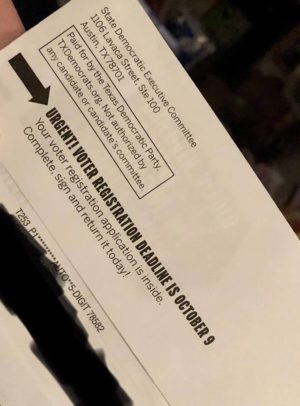 For months, members of America’s Pravda media have warned their political enemies that this year’s midterm elections are a mere formality before the inevitable coronation of the Democrat Party. Propagandists on television networks such as CNN and MSNBC assure President Trump’s supporters that they are helpless against the impending ‘blue wave’ that will carry them into the East Siberian Sea never to return; here comes the blue wave just let it wash over you.

Democrats/Communists/Socialists/Progressives assert that it is a foregone conclusion that their violent mobs represent the will of the people so prepare to submit to the bicoastal aristocracy; there will be no American Dream unless your version of the American Dream is high taxes, destructive regulations, open borders, unemployment, abortions on demand, a neverending supply of the morning after pill, and transgender bathrooms. However, if the blue wave is predestined by forces beyond the control of the peasants who live in flyover country, why are Democrats resorting to voter fraud to determine the outcome of elections?

The Public Interest Legal Foundation (PILF) uncovered the Democrat Party’s plan to subvert federal, state, and local election laws to deliver election victories to Democrats, and subsequently alerted local, state, and federal law enforcement. The Democrat operatives in Texas decided the best way to get out the illegal alien vote was to mail voter registration applications to them. However, to assist the illegal aliens in committing a felony punishable by up to twenty (20) years in prison, Democrats mailed applications where the answers to questions “Are you a United States Citizen?” and “Will you be 18 years of age on or before election day?” were pre-printed “Yes” for each. Democrats are desperate to use the millions of people they imported from third-world countries to gain power.

The Public Interest Legal Foundation sent letters and an affidavit from the person who first obtained one of the pre-filled applications, a former employee of the 229th Judicial District, David C. Kifuri, Jr., to district attorneys in Texas urging them to investigate the matter.

Widespread voter fraud by Democrats in Texas leads one to conclude that they don’t believe in their blue wave.