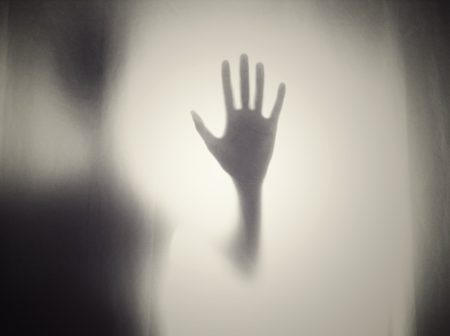 Democrats and RINOs tell us illegal aliens are forced to live in the ‘shadows’ because they are afraid of getting deported; the shadows are full of high school valedictorians, astrophysicists, military heroes, neurosurgeons waiting to be rescued. In the meantime, they are casting fraudulent ballots in federal, state, and local elections in broad daylight.

Texas Attorney General Ken Paxton does not dismiss voter fraud as a myth. Paxton’s office has a Voter Fraud Unit dedicated to investigating allegations of voter malfeasance to maintain election integrity; a rather massive undertaking considering the number of shadow dwellers who inhabit dark corners of the state, but they are making progress.

Recently, investigators from the Voter Fraud Unit, with assistance from the Texas Rangers, arrested four Democrats for voter fraud stemming from their actions related to a city election that took place in Edinburg, Texas. Crystal Lee Ponce, Maria San Juanita Aleman, and Veronica Vela Saenz were arrested for illegal voting, a second-degree felony punishable by up to 20 years in prison and a $10,000 fine. Jose Antonio Vela II is charged with making a false statement on a voter registration form, a Class B misdemeanor. What are the odds the three perpetrators facing prison time have already fled to Mexico?

How can the Texas Rangers arrest people who only exist in the shadows; there are no elections in the shadows, right? Voter fraud is a myth like unicorns, so how can law enforcement arrest and prosecute something that only exists in our imaginations? Are we to believe that people who hide in the shadows committed crimes that are the equivalent of mythical creatures? Somebody call Chuck Schumer to let him know that Ken Paxton has created an alternate world where illegal aliens are hiding in plain sight and executing voter fraud schemes designed to deliver victory to their chosen Democrats.

Illegal aliens are hiding in plain sight and flaunting federal, state, and local laws because they do not fear punishment. Why would illegal aliens worry about immigration authorities when they don’t recognize America’s borders? Plenty of people, including illegal aliens, noticed that America is not serious about its immigration laws, and concluded that voting laws are probably nothing more than window dressing to appease Americans who think election integrity is essential. Ponce, Aleman, Saenz, and Vela failed to recognize that they reside in Texas, a state that makes every effort to maintain law and order; Texas is not a sanctuary for criminals.