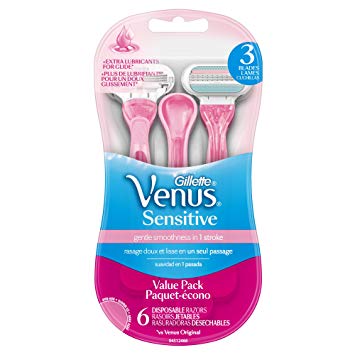 The Transformative Power of Gillette Razors

There was a time when I lived my life as a hopeless, masculine, heterosexual man, but recently my life changed for the better due to the transformative powers of Gillette razors.

I never had a preference for what type of razors I used until I saw a commercial for Gillette razors. Gillette’s MeToo ad directed towards white men motivated me to confront my biology and skin pigmentation to improve myself for the sake of humanity.

Gillette’s progressive virtue signaling convinced me that I’m a white devil and I’ve forced my masculinity on the world for far too long.

Since I started using Gillette razors, I’ve become a docile, effeminate man made in the image of the American Left. I no longer have a taste for beer, bourbon, barbeque, or breast. I cut meat out of my diet, and now I eat tofu, kale, arugula, bean sprouts, and drink Starbucks cappuccinos with a lot of soy milk and cream. I also changed the way I dress. I wear skinny jeans, t-shirts, and I tuck my penis to avoid offending people.

I don’t know if it’s my eating habits and/or the copious amounts of soy milk I drink, but I’m no longer attracted to women. I’m considering transitioning to a woman to signal to Gillette and the rest of the wokestapo that I am virtuous. I haven’t decided whether to identify as a woman or go all the way and purchase the Caitlyn Jenner hormone/surgery package, either way, I’m going to self-identify as a black, Comanche lesbian. If I decide to go full blown Caitlyn, I will still date women because a man who transitioned to a woman who dates women more than proves his bonafides to the Left, and I definitely think I’d have a shot at capturing the Democrat Party’s nomination in 2020.

I’m so woke, I cannot sleep, ever! Also, my Gillette razors have given me the smoothest skin I’ve ever had, or it might be that I’ve consumed so much soy milk my testosterone is very, very low. Imagine the irony, Gillette razors transformed my life, but their transformative powers made it so I cannot grow facial hair.