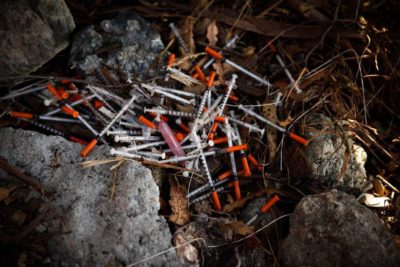 The Democrat Party is the party of progress. Members of the Democrat Party angrily and violently demand that America must progress, but they do not define progress nor do they tell us where their progress is going to lead us. However, San Francisco, California provides a rather robust mountain of evidence as to what the Left’s progress looks like, and it is soiled.

In various California locales, you find countless homeless people, drug paraphernalia, and sh$t on the streets. The sidewalks of San Francisco are littered with all of the above, but it is sh*t that rules the day. How much feces is on the sidewalks of San Francisco, enough to motivate an unnamed, major medical association to take its 15,000-attendee convention to a feces-free city to be named later. Progress is not for everybody.

It is puzzling that the unidentified medical association is just now relocating its annual convention because the sidewalks of San Francisco have been covered in feces for several years. What finally prompted the medical association to pull its conference? The convention organizers decided to search for a different location for its annual convention after news broke of the discovery of a twenty-pound bag of progress sitting on a street corner. Twenty-pounds of human waste in one place is the breaking point for at least one organization. “We overlooked the turds and used syringes scattered down every sidewalk, but twenty-pounds of excrement in a bag is over the top.”

Democrats consider s!@t strewn streets progress because they represent a public rejection of toilets. The flush toilet was invented by Thomas Crapper, an evil white man, is there any other kind? You can hang whatever label you want on Crapper, but what every progressive understands is that everything of the past must be rejected in the name of progress; drop a deuce on a sidewalk to show you’re down with the cause. 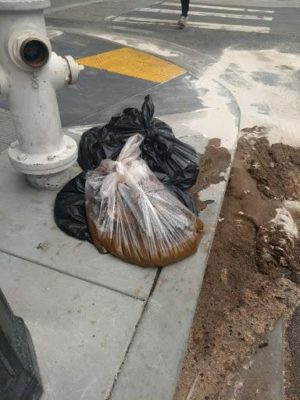 How much is progress going to cost San Francisco and the various businesses that benefit from conventions? The exit of the 15,000-attendee convention is a $40 million loss; this is a giant skid mark. According to NBC Bay Area, “Hosting conventions is a lucrative business for San Francisco, bringing in about $2 billion each year.  However, the amount of trash, feces, and used drug needles scattered throughout the city’s streets and sidewalks are making it harder to convince companies to return to San Francisco.” There will be economic casualties on the road to utopia. Now, grab a syringe and a bag and join the revolution!