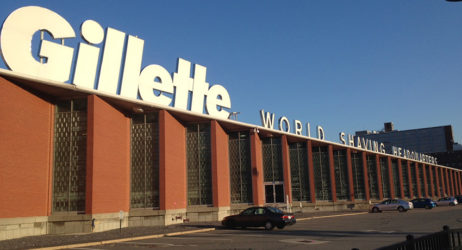 Gillette Takes a Stand Against Revenue

Proctor & Gamble is ramping up advertising for its Gillette brand razors to make it clear to the online mob known as #MeToo that they are with them. P&G has made it clear with its recent racist advertisement that it rejects the white man’s business model that hinges on generating revenue. The following is an abbreviated transcript from a P&G board meeting.

Member #1: What should we do about Gillette? We continue to lose a lot of market share and money because of Harry’s and Dollar Shave Club?

Member #2: The situation with Gillette is frustrating because we’ve tried everything to plug the hole and increase revenue, including using cheap, foreign labor and temporary workers.

Member #3: How many people do we need to hire and promote based on their skin pigmentation and genitalia before we turn a profit?

Member #4: The masculine, white man is responsible for our problems?

Member #4: Who created financial statements? The whole notion that corporations exist to make money is an antiquated concept created by the white man to keep us down. We spend all of our time reviewing Income Statements, Cash Flow Statements, and Balance Sheets.

Member #2: Why don’t we stop worrying about revenue and focus on social justice?

Member #3: Virtue signaling is very popular. We could direct our underlings to create an ad campaign that demonizes the white man while showing our solidarity with the online mob.

Member #2: We produce advertisements that remind people of all the white Republicans who have raped, assaulted, and degraded women; people like Harvey Weinstein, Charlie Rose, Matt Lauer, and Al Franken.

Member #4: The white man must be held to account for our poor sales.

Member #1: We need to forget about revenue and focus on groups like the Democrat Party. We should hope on the LGBTQICHYT train and ride it to less and less revenue.

Member #5: Who cares? We need to focus on making quality products and affordable prices.