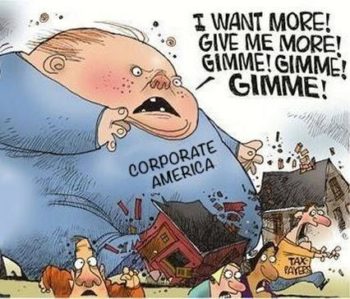 American Companies Pine Away for Their Indentured Servants

American companies are experiencing a significant hardship at the hands of the Trump administration; It appears the Trump administration processes H-2B visa applications too slow for companies who prefer foreign workers over American workers. The New York Times (NYT) feels the pain of the companies who are forced to operate without their indentured servants and said so in a recent article titled Companies Say Trump Is Hurting Business by Limiting Legal Immigration. Trump is a Nazi!

One business that laments the loss of its indentured servants is the Edgartown Commons Hotel on Martha’s Vineyard. Edgartown Commons has always shunned the idea of hiring Americans because the corporate chattel that inhabits Congress and normally the White House provide a steady stream of modern day slaves to handle daily tasks; slave labor equals more revenue. This summer, Edgartown Commons experienced hardships that shook it to its core. Trump’s a racist!

Rob Hurst, manager of Edgartown Commons, told the NYT that he had to scrub toilets this summer because five Jamaican workers who had long worked at the hotel couldn’t get visas. Hurst never felt humiliated in all of his life than when one of the rich, progressive couples spending a week at the Edgartown Commons saw him scrubbing a toilet instead of the usual riff-raff from Jamaica. Rob knew his life would never be the same, and he knew the couple would never return to Edgartown Commons unless the Jamaican servants returned.

This summer, Rob experienced pain and humiliation beyond comprehension, but he knew he had no other options but to accept his fate. Rob grabbed the toilet bowl cleaner and suffered the indignity of janitorial work while he pined away for Alvita, Latoria, Tamila, Ronica, and Zekia. In a moment of weakness, Rob thought about posting a position on a job board or publishing a job advertisement in the local newspaper, but with some nightly, room rates as low as $500 without fees paying an American(s) $12 or $13 hourly is out of the question. Besides, affluent progressives like their hotels to come with a hint of slavery, and it is uncomfortable for them to see Americans doing dirty jobs for a paltry sum of money because it reminds them of the massive wage gap between them and those at the bottom of America’s economic ladder.

Rob longs for the good, old days when servants were a dime a dozen through the H-2B visa program. The Trump administration’s America First policies are putting lives in danger and a toilet brush in Rob’s hands. Trump is a racist, sexist dictator who destroyed America’s democracy!