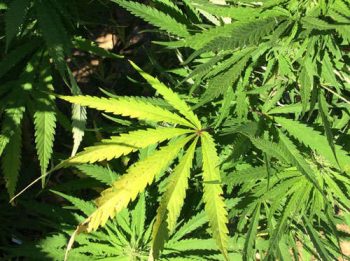 Why Do Politicians Push for Nationwide Legalization of Marijuana?

It is commonplace for national, state, and local politicians to view citizens/residents as ATMs. Government at every level is fueled by funds confiscated from citizens/residents to redistribute to voting blocs and special interest groups who require a payoff from politicians for delivering votes and campaign donations.

There was a time in the United States when marijuana was considered a dangerous drug and any talk of legalizing its use was deemed outrageous. However, for the past couple of decades, politicians pathed the way for the legalization of marijuana by decriminalizing vices such as gambling without any recognition of the potential consequences of their actions. Politicians do not worry about the implications of their policies because their goal is to relieve citizens of their assets for political gain. When a person’s gambling addiction plunges him or her into poverty it is inconsequential; the government taxed the money he or she left at various casinos at all levels, so mission accomplished. The newest vice that politicians are eager to exploit is marijuana use.

Ten states and Washington, D.C. have legalized the recreational use of marijuana while thirty-three (33) states have legalized medical marijuana. There is an ongoing push to legalize marijuana nationwide, then tax it for the benefit of federal, state, and local government, with no thought as to the ramifications of permitting the use of a drug; it’s the cool thing to do, and it pays dividends.

A recent study on cannabis and psychosis provides a sobering glimpse into one of the potential pitfalls of allowing recreational use of marijuana. The purpose of the study was to “identify patterns of cannabis use with the strongest effect on odds of psychotic disorder across Europe and explore whether differences in such patterns contribute to variations in the incidence rates of psychotic disorder.” Given the changing legal status of cannabis across western nations, and the associated potential for a significant increase in use, it is a worthwhile endeavor to study the effects of cannabis use on people who use it regularly.

Between May 1, 2010, and April 1, 2015, the researchers collected and studied data from patients with first-episode psychosis across eleven sites. The researchers concluded that “regular cannabis use was associated with increased odds of psychotic disorder compared with never users, increasing to nearly-five times increased odds for daily use of high-potency types of cannabis.” It turns out marijuana is not a harmless drug that should be taxed and regulated for financial gain for the government.

There is overwhelming evidence that legalizing marijuana has deleterious effects on individuals and communities. Colorado is a state that made marijuana use a legal, recreational activity and it has proven to be a bad decision. Colorado has seen an increase in marijuana-related traffic deaths, poison control calls, emergency room visits, and the marijuana black market has increased in Colorado, not decreased. Moreover, as for the tax windfall marijuana was supposed to generate for Colorado, it has yet to materialize. So why do politicians at every level continue to advocate for the nationwide legalization of marijuana?

Is it possible that politicians advocate for national legalization of marijuana because they’ve determined a drug-addled citizenry is a compliant citizenry? Maybe politicians prefer a nation of drug addicts prone to various psychiatric conditions, including psychosis to a mentally stable, well-informed citizenry that is not interested in the government controlling every aspect of their lives?