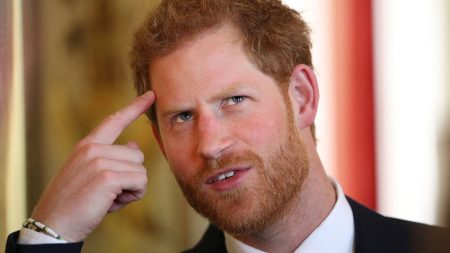 Royal Imbecile Declares that the West Must Uncover Unconscious Racism

The newly ‘woke’ Prince Harry claims “institutional racism” is “endemic in our societies,” and we must acknowledge unconscious bias (see racism).” Harry made his remarks during a virtual speech delivered at the Diana Award ceremony honoring the 59th birthday of his late mother. The charity event was established to promote and encourage young people to hate  western civilization and to turn their hate into activism. Per usual, just like his woke comrades, he didn’t provide any details on the institutional racism he mentioned; he didn’t identify a single racist institution or provide evidence to support his claim. The woke crowd is full of race-baiting hyperbole, but they are woefully empty when it comes to evidence.

The mentally deficient, pampered narcissists who destroy statues and monuments make the same claims Harry does, and just like the royal imbecile, they cannot point to any evidence to substantiate their claims. Fortunately, there are people like Harry to invent phrases for them to use that are designed to excuse away the lack of information to substantiate their claims. Leftists cannot find racism, so they make vacuous statements to assert that racism exists but you cannot see it. Hence, Harry gives you “unconscious bias” to prop up his propaganda.

How do you suppose one uncovers unconscious bias? Harry doesn’t tell the audience how to identify and stamp out unconscious bias. It sounds like Harry is claiming that racism lives in the minds of people who are unaware that they are racist. Should the unconscious racists undergo brain surgery to remove the racism? Do the unwitting carriers of racism undergo psychotherapy? Maybe western governments should hire mind readers to expose the racist thoughts of the perpetrators of unconscious bias?

Harry is an empty vessel who makes nonsensical remarks to signal to the woke mob that he is virtuous. Harry is more proof that there is nothing royal or impressive about royalty.