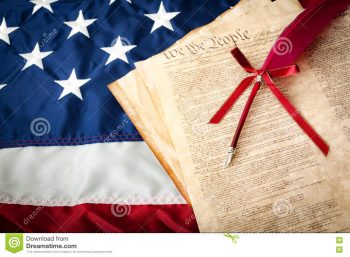 “We hold these truths to be self-evident, that all men are created equal, that they are endowed by their Creator with certain unalienable rights, that among these are Life, Liberty, and the Pursuit of Happiness.” America’s Founding Fathers knew all too well that government can and often does tyrannize over people in its pursuit of omnipotent power.

Politicians and bureaucrats reject God and natural rights. However, there is one person in Washington, D.C. who understands that God endows Americans with rights, not the government, that person is President Donald J. Trump.

Earlier this week, President Trump attended a United Nations (UN) meeting with all of the usual socialist/communist dictators in attendance. During the dictators club mixer, President Trump stated, “The United States is founded on the principle that our rights do not come from a government they come from God. This immortal truth is proclaimed in our Declaration of Independence and enshrined in the first amendment to our Constitution’s Bill of Rights.” It should be clear to every American as it is to President Trump that government does not bestow rights upon Americans. God endows Americans with rights, and they must insist that their government limits its power to doing nothing more than protecting their rights.

The reason Democrats/communists/socialists/fascists/progressives want to eradicate God and natural rights is that they are a threat to their ultimate goal of creating a perfect, totalitarian utopia based on “human rights” defined by them. If your rights do not come from God, they will come from imperfect, ignorant people capable of great injustices and evil. Imagine a world where the Democrat Party determines your rights.

Humans are tainted with original sin and live in ignorance, which is why Americans must resist the urge to look to a government of men to solve their problems. Founding Father’s such as James Madison recognized that men are not capable of delivering utopia.

James Madison wrote in Federalist No. 51 the following:

Madison understood that men are not angels, so it is foolish to trust men to govern without restraints.