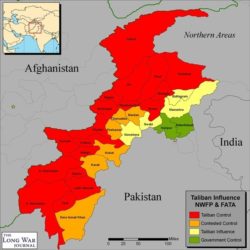 More American Casualties in Afghanistan for What?

Seventeen years ago, America’s self-proclaimed elites told the American people that Osama bin Laden was the mastermind responsible for 9/11 and he was holed up in some cave in Afghanistan, and they were going to use the full force of the U.S. military to hunt him down and bring him to justice; the American people approved. Seven years ago, Navy SEALs entered Osama bin Laden’s compound in Pakistan, not Afghanistan, and eliminated him. However, America still occupies Afghanistan and thus far federal government bureaucrats have spent $126.3 billion of your tax dollars rebuilding an Afghanistan that never existed, and they have failed miserably. Did the American people sign up for a neverending war and the redistribution of their tax dollars to build an Afghanistan that never existed?

In the past forty years, America’s foreign policy has been dictated by imperialists who advocate for a New World Order that can only be realized by forcibly spreading democracy around the globe. America invaded Afghanistan, not to locate bin Laden, but rather to build a peaceful, democratic nation, afterward they will walk on water and turn water into wine. What have the warmongering, nation-building elites wrought in Afghanistan other than death, misery, and waste?

The policies self-proclaimed experts espouse have real-world consequences. Afghanistan is a nation comprised of warring tribes with no history of democracy and no realistic prospect that members of its tribes are capable of participating in and maintaining a Western democracy; self-government is not inherent in all peoples. However, the history and demographics of Afghanistan were irrelevant to the masterminds who plotted the future of Afghanistan, and they forged ahead as they did in Iraq with a doomed to fail plan.

The recipe for nation-building is as follows:

What has seventeen years of American occupation delivered to America and the rest of the West? Here are a few postcards from the world created by globalists who dream of one world government managed by bureaucrats in Washington, D.C., New York City, and Brussels.

The War in Afghanistan unleashed a mass exodus of unidentified, unvetted Afghans to America and Europe. The aftermath of the influx of Afghans into western nations has left countless girls and women with life-altering mental and physical scars from the numerous rapes and sexual assaults they suffered at the hands of Afghans. Unfortunately, some victims of imperialist policies perish at the hands of Afghans; Afghan asylum seekers have murdered an untold number of Europeans. Millions of people suffer because of the hubris of men and women who consider themselves gods.

America’s foreign policy experts in Congress, the Executive Branch, and at “think” tanks such as the Council on Foreign Relations (CFR) claim they possess special knowledge that can be used to spread democracy to every corner of the globe thereby creating heaven on earth. Imagine the hubris of a person who thinks he is wise enough to perfect the world; what madness!

What could be worse arrogance than the amazing madness with which I asserted myself to be by nature what you are? I was changeable and this was evident to me from the fact that I wanted to be wise and to pass from worse to better. Yet I preferred to think you mutable rather than hold that I was not what you are. That was why I was pushed away, and why you resisted my inflated pride. I was imagining corporeal shapes. I being flesh accused flesh.

Saint Augustine in his Confessions to God confessed that he was once arrogant to the point he felt he was a god because he possessed great wisdom much like today’s politicians and bureaucrats who think they are supernatural beings capable of ushering in utopia for their mortal subjects. Saint Augustine confessed his sins to God, but nobody in Washington, D.C. has confessed to his/her deadly sins. To the chaos created in Iraq, Afghanistan, Libya, and Syria out of their hubris, they offer nothing to God or man. Of course, before they can confess they have to acknowledge that God exists and they are not Him.

The Taliban is stronger than it was before the war. The Taliban controls approximately seventy percent of Afghanistan and has successfully built a parallel state that operates alongside the state D.C. bureaucrats made. And, to make matters worse, ISIS operates in Afghanistan and controls Nangahar province. So much for nation-building, unless you consider ISIS’s control of territory in Afghanistan the birth of a new nation.

America’s foreign policy charlatans were unable to defeat the Taliban and create a paradise for Afghanistan’s warring tribes because they are mere mortals who lack perfect wisdom, unlike God who is wisdom itself. It is time for Americans to demand a complete exit from Afghanistan. The War in Afghanistan is a war without an end and was not worth the blood and treasure spent trying to accomplish a mission devised by men who want us to believe they possess supreme knowledge capable of perfecting the world.