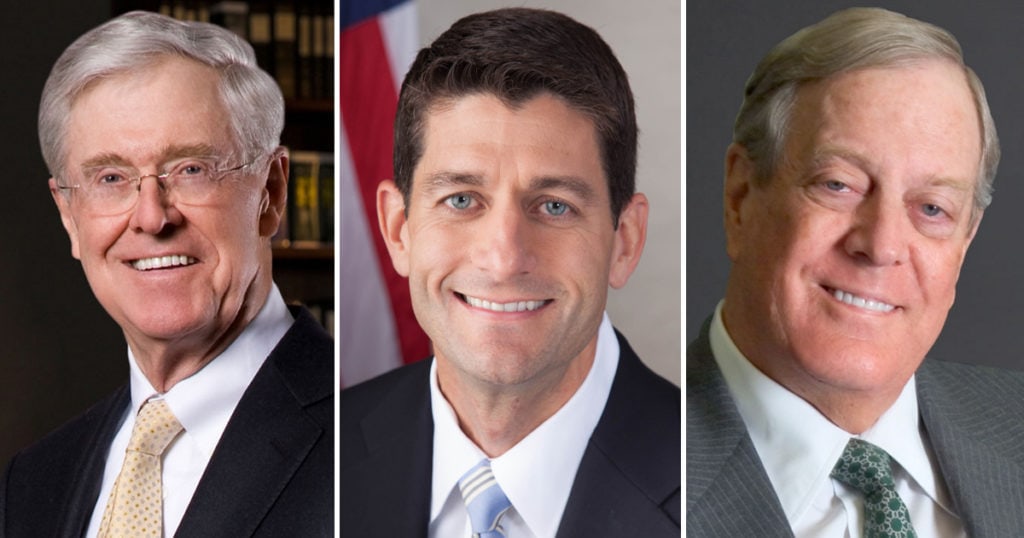 Koch Brothers’ Puppet Knows Nothing about Russia or Foreign Policy

The Koch Brothers’ main puppet, U.S. House Speaker Paul Ryan, knows nothing about Russia, but it doesn’t stop him from making broad, sweeping statements about a country he probably cannot find on a map. 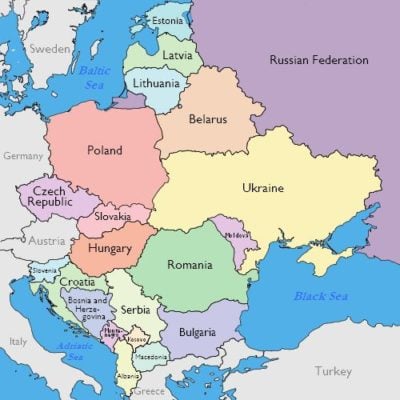 After President Trump’s meeting and joint press conference with Russian President Vladimir Putin, the mentally deficient people who inhabit mainstream media outlets and hold national office sharply criticized President Trump for the crime of meeting with a foreign leader. Ryan was especially disturbed by President Trump’s meeting because “Russia does not share the interests or values of the United States.” Ryan doesn’t explain his statement, so we don’t what he means by American values. We do know he favors amnesty for illegal aliens, open borders, “free trade,” and globalization, so maybe these New World Order principles are now America’s interests and values? One thing we do know is that Ryan knows nothing about Russia or foreign policy.

The primary foreign policy goal of the President of the United States is to keep America out of international conflicts that could lead to war. President Trump’s meeting with Putin is a much-needed departure from the extreme war rhetoric of our feckless, corrupt “leaders” in D.C. Politicians in both parties bang the drums of war based on allegations that Russia hacked the Democratic National Committee’s (DNC) server and John Podesta’s e-mail account. Politicians and self-proclaimed foreign policy experts proclaim that Russia’s meddling in the 2016 presidential election is on par with Japan’s attack on Pearl Harbor and 9/11. If election meddling is the equivalent of Pearl Harbor and 9/11, the only acceptable response is war.

America dropped two nuclear bombs on Japan, so how many nuclear warheads should America drop on Russia to avenge the hacking of the DNC’s server? America invaded Iraq and Afghanistan in response to 9/11, so how many countries should the U.S. invade in response to the hacking of John Podesta’s e-mail account? Today, Ryan told reporters, “They [Russia] did interfere in our elections, it’s really clear. There should be no doubt about that.” So it’s time to revive the Cold War accept this time, the only course of action is World War III, correct?

Despite what Ryan tells us, Russia does share our values more so than most of our allies and China; Saudi Arabia and China are far more repressive than Russia. Saudi Arabia is guilty of numerous crimes against its own people. There is no freedom of speech or freedom of religion in Saudi Arabia. The Sharia courts in Saudi Arabia punish women who were raped and not the men who raped them. Women who are victims of rape receive prison sentences and physical punishment. Public beheading, crucifixion, flogging, and lashes are just a few of the sentences handed out by Saudi Arabia’s Sharia courts. Ryan and his cohorts who defile the halls of Congress have never even faked outrage over the actions of Saudi Arabia’s government.

Ryan’s moral preening over Russia is silly and tiresome. He ignores the heinous acts of Saudia Arabia and China while condemning Russia for crimes against America’s democracy. The alleged actions of Russians to undermine America’s democracy are child’s play compared to the damage inflicted on America’s democracy by Ryan and his colleagues’ pay-to-play club, a club that includes among its members numerous foreign governments, including China and Saudi Arabia, that favors corporations and wealthy individuals over the American people. Ryan is a master at selling his vote to the highest bidder, foreign or domestic, ask the Kock Brothers.

President Trump must use diplomacy to bring Russia in from the cold. A foreign policy that has as its aim endless war is suicidal. The only rational policy towards Russia is one in which the primary objective is to avoid the existential threat of nuclear war. President Trump must meet with Putin as many times as necessary to resolve the conflicts that could lead to war whether it is Syria, Ukraine or the Balkans. Unfortunately, Ryan and the rest of the Never-Trumpers, along with Democrats and the mainstream media have no sense of national security and seem to prefer trying to impeach Donald Trump to avoiding nuclear war with Russia.