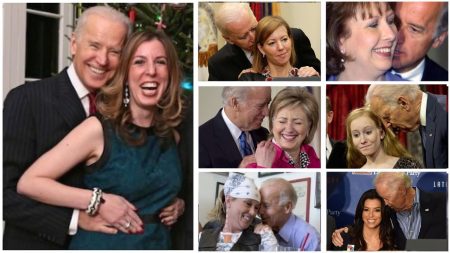 Did you catch Biden’s speech in Pennsylvania? Believe it or not, Biden left his basement to make a public appearance. Biden probably didn’t want to leave the friendly confines of his basement, but polling shows normal Americans don’t like it when Democrats murder and assault people, burn down buildings, and loot, so his handlers had to act.

Democrats approve of their comrades murdering, rioting, and looting unless it threatens their power or their plans to seize more power. The ongoing Democratic National Convention taking place in cities such as Portland, Seattle, Chicago, New York City, and Kenosha is a liability that the hair sniffer’s handlers must address. The Bernie Bros decided the only option for addressing the mayhem created by Biden voters is to blame President Trump for everything. So Biden emerged from his basement to deliver the most dishonest speech ever delivered by a politician.

The lifelong swamp rat was brought out of his basement and shuttled to Pennsylvania by the Bernie Bros who have their hands up the demented puppet’s rectum. Once Biden reached Pennsylvania, he dutifully hobbled to the podium to deliver a short speech full of lies and a threat directed towards Americans who plan on voting for Trump.

What does a political party that promises to open America’s borders to the world, end cash bail, empty prisons, defund police forces, raise taxes, eradicate suburbs, destroy the nuclear family, codify political correctness, and confiscate guns from law-abiding citizens do when voters are not interested in its plan to transform America? The Democrat Party is relying on intimidation and violence to win this November’s presidential election because communism doesn’t win at the ballot box. During his speech in Pennsylvania, the empty suit issued the following threat:

Does anyone believe that there will be less violence in America if Donald Trump is reelected?

No, sane people know that the mentally deficient, pampered narcissists burning down American cities won’t accept another four years of Donald Trump as president. So Biden makes it clear that if President Trump is victorious this November, the mayhem will continue. However, Biden and his handlers want you to know that if you vote for the Biden, Harris ticket, there’s a possibility the rioting and looting might stop.