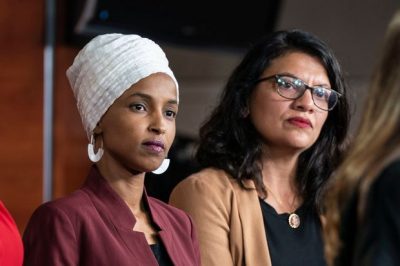 The Jewish Democratic Council is a Silly, Fearmongering Organization

The Jewish Democratic Council (JDC) just released a political ad designed to scare Jewish people. The organization’s ad (see below) is the usual silly narrative that Donald J.Trump is Hitler 2.0, and he’s trying to revive Nazi Germany in the United States. The ad doesn’t provide any proof that President Trump is a Nazi; he’s a Nazi because the Jewish Democratic Council asserts that he’s a Nazi, and you must vote for Joe Biden.

The ad produced by the hacks doesn’t show President Trump in a Nazi uniform or Ku Klux Klan garb, but you do see him at one of his rallies. Maybe the zombies at the JDC think rallies are Hitlerian? If so, we all must demand that high schools and colleges end pep rallies to avoid conjuring up images of Nazi Germany’s death camps. The JDC has the right to exist and attack Trump in ads because President Trump is not Hitler, but this fact is lost on the JDC.

If President Trump is responsible for creating Nazi Germany in America, he’s doing a lousy job. When the JDC claims that Donald J. Trump is Hitler, it shows that it is ignorant of history. Hitler would shut down the JDC. Adolph Hitler did not allow a free press, religion, or organizations such as the JDC. Trump allows the leftist propaganda machines at the JDC, CNBC, MSNBC, CNN, ABC, CBS, NBC, The New York Times, The Washington Post, et cetera, et cetera, not only to exist but to attack him, his family, and supporters 24/7.

The JDC is not an organization made up of smart, courageous, serious people. If the JDC is looking for hate, it needs to open up the Koran and Hadith. Of course, the cowards at the JDC would never say a discouraging word about Islam, much less produce an ad condemning Muslims. If the political hacks who staff the JDC are serious about identifying hatred towards Jews, they’ll find a tsunami of antisemitism on the Left, including members of Congress.

Democrat Representatives Ilhan Omar and Rashida Tlaib are the closest things to Nazis you’ll find in America. The Jerusalem Post has published numerous articles on the rising tide of antisemitism on the Left and in America. However, the JDC ignores the antisemitism on the Left because it is nothing more than an arm of the Democratic National Committee (DNC) desperate to help their comrades secure more power.