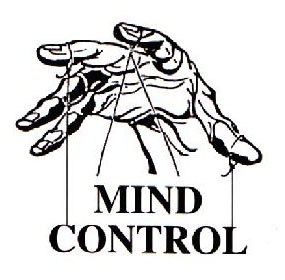 Identity Politics and the Demand for Racism

The Democrat Party is a political party that relies on racial divisions for electoral victories. How does a political party sow racial divisions? By telling minority groups that they are victims of rampant, systemic racism and the only option available to save themselves from the pain and suffering white men have in store for them is to vote Democrat. However, what if there is no racism, in other words, what if the supply doesn’t meet the demand?

The Democrat Party spreads fear, hatred, and distrust by engaging in identity politics as a means to power. A visit to the Democratic National Committee’s (DNC) website will remove any doubt you may have as to whether Democrats are selling racism to “victim” groups. When you scroll to the bottom of the home page, you find the victim groups. i.e., voting blocs, that Democrats have formed to make it easier to peddle racism for votes. When you click on the link for the oppressed group categorized as “African American” you will be greeted with this snippet from the party platform:

“Democrats will promote racial justice through fair, just, and equitable governing of all public-serving institutions and in the formation of public policy… We will push for a societal transformation to make it clear that black lives matter and that there is no place for racism in our country.”

Translation: right now, black lives don’t matter because the system is racist. America must be transformed to save the lives of black people who are being oppressed by public institutions. The message Democrats are sending to black people is that they are marked for a life of misery due to the systemic racism that is inherent in America’s institutions but the Democrat Party is dedicated to protecting them and if given power can transform America to make it safe for black people to live.

Here is another race-baiting excerpt from the DNC’s website that is designed to lock down the black vote by claiming that Republicans have exposed black communities to lead and implemented policies to ensure that black children are inflicted with asthma. Moreover, if black people think they are going to go to the ballot box to vote for candidates that will not poison them with lead and prevent them from earning a living, think again, those mean Republicans don’t allow black people to vote.

Lead poisoning, asthma, and voter suppression are some of the fantastical lies Democrats tell to create black victims. The DNC doesn’t provide evidence to substantiate its claims because there isn’t any. Democrats rely on lies to illicit irrational emotions out of their victim groups to motivate them to vote for Democrat politicians.

Did you notice the DNC doesn’t provide examples of the rampant racism in America that is endangering black people? The DNC has diagnosed America as racist with no proof. Democrats traffic in phantom racism because there is no supply to meet their demand; enter the likes of Jussie Smollett and countless others who are desperate to claim victim status and serve as witnesses for the progressive cause.

The Left’s hate crime hoaxes are designed to create a fake race war. A homosexual, black actor perpetrated the latest hate crime hoax. Jussie Smollett was tired of sitting on the sidelines living out his victimhood in anonymity, so he took action and faked a hate crime to make Nancy Pelosi, Chuck Schumer, Cory Booker, Kamala Harris, et al. proud.

Smollett planned a hoax that hit on all the race-baiting cylinders used by the Democrat Party. Smollett concocted a story in which he was attacked by two white men who wore “Make America Great Again” hats because he is a black homosexual.  He claimed the men threw bleach on him while yelling racial slurs. Smollett showed his creative style by incorporating a noose into his hate crime hoax to connect the Democrats’ racist, murderous past to the fictional racism they peddle today. Fortunately, despite Smollett’s best efforts to plan the perfect, fake hate crime, his story fell apart once law enforcement investigated. Smollett tried to do his part to supply the racism the Democrat Party demands, but he failed.

The Democrat Party’s sole strategy for gaining power is to divide and conquer the American people by making claims such as Barack Hussein Obama did when he declared that “racism is in America’s DNA.” Obama is making the claim that America is hopelessly racist because DNA is permanent. The problem Obama and his fellow Democrats have is that there is no supply to meet their demand for racism.