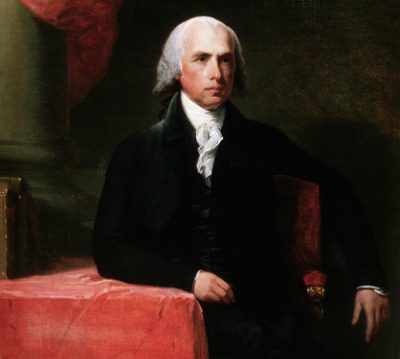 In today’s America, statues that honor the accomplishments of impressive people like James Madison are persona non grata in locales governed by Democrats. Throughout America, pampered narcissists are defacing and tearing down statues of people who upset them because they were smarter and lived impressive, productive lives. If someone told you that a statue of one of America’s Founding Fathers was dedicated amid the Left’s Mao Zedong, Red Guard redux taking place right now, you’d call that person a liar. Well, believe it or not, recently, Hillsdale College held a dedication ceremony for a statue of James Madison.

Hillsdale College has the courage and conviction to defend and honor brave men such as James Madison who risked everything to create a nation based, not on ideology, but rather on natural rights bestowed upon human beings by God. Hillsdale College is a beacon of light in a dark world suffering from lies peddled by ideologues who want to transform America. The Left wants to topple, not just statues, but the current government, and install a government that mirrors the communist/socialist/progressive regimes of the twentieth century. The type of government the people who topple statues demand murdered 100 million people in the twentieth century.

During the dedication of Hillsdale College’s statue of James Madison, Larry P. Arnn, the president of Hillsdale College, said, “Madison wrote the document that secured the liberty of us all and a way for us to work together so we could rule ourselves.” James Madison was a statesman who dedicated his life to securing life and liberty for the American people. In a small town in Michigan, Hillsdale College provides an education designed to prepare people for self-government. Madison and his fellow patriots provided the documents that outlined how to govern a republic founded on natural law and natural rights.