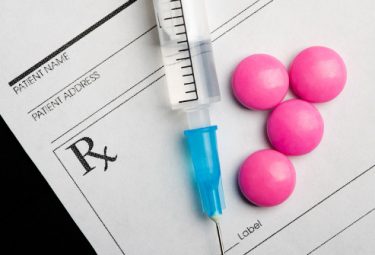 Forty years ago, before U.S. corporations decided to close their factories in middle America, the Americans who worked in those factories enjoyed lucrative compensation packages, which provided stable home lives, healthy families, and mental and physical well-being, but globalism changed everything for them. Now, Americans in flyover country have been brought low by unemployment and the debilitating and often fatal job substitute—- opioids paid for by Medicaid —- offered by the politicians who promised the corporations tariff-free access into the U.S. market for their new, foreign-made products.

Globalism paid off for the companies who abandoned their U.S. workforces for foreign, cheap labor. However, the American workers left behind have not fared well.

Opioids replaced jobs in large swaths of the U.S. such as the Appalachian region. According to the U.S. Department of Health and Human Services, opioids have claimed the lives of hundreds of thousands of Americans, and the most recent data shows the opioid epidemic that has decimated families and communities has not slowed down. In 2017, America’s opioid epidemic continued to wreck lives in staggering numbers.

Each year, legal and illegal opioids kill tens of thousands of people, and America’s political class ignore the situation. The administrations of George H.W. Bush, Bill Clinton, George W. Bush, and Barack Hussein Obama did nothing to fight America’s opioid epidemic, in fact, they didn’t acknowledge it existed, then along came Donald J. Trump.

In 2017, Trump, the candidate, attacked the Democrat and Republican political establishment and vowed to do something neither party had done for decades —- to put America and the American people first. Trump recognized that America’s political class and business leaders are really part of and loyal to an international elite with its own self-serving agenda, an agenda that denies Americans representative government and gainful employment. Average Americans in Kentucky, West Virginia, Ohio, et al. have been left for dead by globalists, but the Trump administration is fighting to protect them from “free trade” and open borders.

The Trump administration did not just acknowledge the opioid epidemic, it took huge steps to identify and bring to justice the people responsible for the scourge. The Department of Justice (DOJ) in conjunction with other federal departments and agencies are working to end the opioid epidemic, and Former Attorney General Jeff Sessions started programs to accomplish its objective.

Sessions created the Appalachian Regional Prescription Opioid (ARPO) Strike Force to combat the forces that led to hundreds of thousands of deaths from opioid overdoses. The ARPO is a joint effort between federal and state agencies to “identify and investigate health care fraud schemes in the Appalachian region and surrounding areas and prosecute medical professionals and others involved in the illegal prescription and distribution of opioids.” Although ARPO didn’t start its work until last year, it has paid huge dividends in the fight to stop illegal prescriptions for controlled substances.

On April 17, 2019, the U.S. Department of Justice (DOJ) announced a takedown of 60 individuals related to over 350,000 prescriptions for controlled substances. The defendants face charges stemming from the prescribing of 32 million pills. The following is a couple of summaries from the DOJ’s:

In the Eastern District of Kentucky, a total of five people were charged, including three doctors, a dentist and an office assistant who were charged in connection with health care fraud and/or controlled substance schemes. In one case a doctor operating a clinic that focused on pain management allegedly provided pre-signed, blank prescriptions to office staff who then used them to prescribe controlled substances when he was out of the office. In another case, a solo practitioner who operates a five-clinic family practice focusing on pain management allegedly billed Medicare for urine testing that was not done and for urine testing that was not medically necessary. A dentist was charged for alleged conduct that included writing prescriptions for opioids that had no legitimate medical purpose and that were outside the usual course of professional practice, removing teeth unnecessarily, scheduling unnecessary follow-up appointments, and billing inappropriately for services. In yet another case, a doctor was charged for allegedly prescribing opioids to Facebook friends who would come to his home to pick up prescriptions, and for signing prescriptions for other persons based on messenger requests to his office manager, who then allegedly delivered the signed prescriptions in exchange for cash.

The cases mentioned above are new to the DOJ because previous White House administrations didn’t consider the existence of pill mills a problem. However, President Trump is not a member of the discredited governing class, so he thinks a drug epidemic is a serious issue that demands action. Sessions shared Trump’s opinion about America’s opioid crisis and developed and implemented a plan to combat the forces that have claimed countless lives.

The “deplorables” who live in flyover country owe a debt of gratitude to President Trump and Jeff Sessions who worked tirelessly to give people who were brought low by globalism options other than opioid addiction and death.