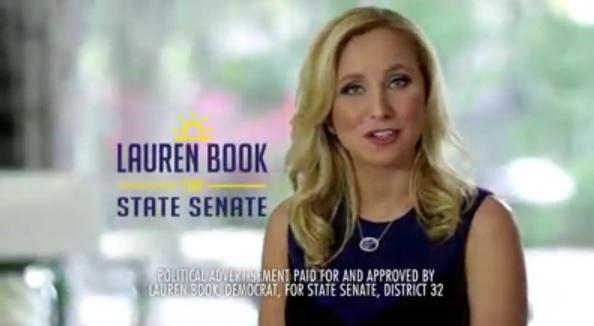 Democrat Lauren Book is a lawmaker in Florida who is the personification of political corruption. In 2016, Book was elected to the Florida Senate, and has made great use of her brief time in office. Book has been able to accomplish a lot for herself in her seven months in office, including voting for the passage of a General Appropriations Act that included the redistribution of $1.5 million to her non-profit, Lauren’s Kids.

In 2007, Book founded Lauren’s Kids to “educate adults and children about sexual abuse prevention through in-school curricula, awareness campaigns, and speaking engagements around the country and the world.” Book alleges that her female nanny sexually abused her for an undisclosed amount of time and it was this victimization that led her to found her non-profit and serve as its CEO. According to the charity’s website, “Lauren has worked to turn her horrific personal experience into a vehicle to prevent childhood sexual abuse and help other survivors heal.” Book has been able to use her office to redistribute tax dollars to Lauren’s Kids, which will guarantee that the charity has money to cover her annual salary of $135,000.

Book secured $1.5 million of the hard-earned money confiscated from Floridians by taking advantage of a loophole in Florida Senate ethics rules.  Florida Senate ethics rules do not allow a Senator to vote “on any matter” that he/she or a family member would “privately gain” – except votes on the annual General Appropriations Act. Senator Book was able to vote for the $1.5 million tax dollar giveaway to her charity because it was part of the annual appropriations bill.

Florida Bulldog broke the story about Book’s malfeasance and provided relevant facts about her conflict of interest. Lauren Book’s father, Ron Book, a lobbyist, is the chairman of Lauren’s Kids. In his brief time as chairman, the Senator’s lobbyist-father has elevated the non-profit to one of the Florida Legislature’s favorite charities. According to Florida Bulldog, “Since 2012, Lauren’s Kids has bagged more than $10 million in taxpayer-funded handouts.” Lauren’s Kids is flush with cash and is set to spend millions of dollars on educational materials designed to protect children from abusers like Lauren’s nanny; not so fast.

Lauren’s Kids drinks from the public trough, which means it doesn’t have to operate like the typical charity that has to fundraise and answer to donors. Ron Book is very aware of the charity’s new found freedom as can be gleaned in the manner in which the organization spends taxpayers’ money. For instance, the Senator’s charity paid Sachs Media $3.1 million between 2012 and 2015 to build her brand.  According to Florida Bulldog,

“Millions of taxpayer dollars flowed through the non-profit to Sachs Media as it both promoted Lauren’s Kids and cultivated Sen. Book’s public persona as a survivor of child sex abuse. Critics say the domination of Lauren’s Kids by the Senator and her lobbyist-father raises concerns that the work Sachs Media does is about making her look good, nothing more.”

Millions of tax dollars earmarked for a charity that claims it is dedicated to sex abuse prevention going to a public relations firm is beyond sleazy. It sounds like Lauren wants the world to know about and affirm her victimhood; she might want to ride her victim status to higher office. 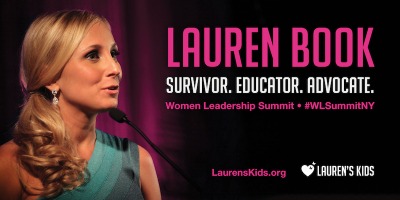 Sachs Media Produced this Billboard in 2014

The story of Senator Book is all too common in national, state, and local government. The greater majority of politicians, Democrats and Republicans, use their offices to enrich themselves; political corruption is bipartisan. In fact, Governor Rick Scott of Florida is a Republican, and he signed the General Appropriations Act that sent $1.5 million to Lauren’s Kids. Scott could have sounded the alarm and refused to sign the legislation, but he looked the other way.