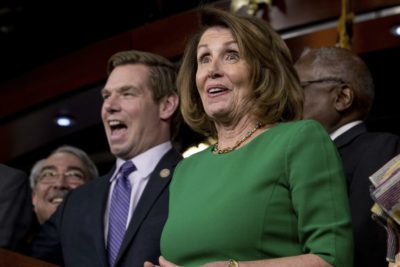 The United States Congress is inhabited by people like Eric Swalwell (D-CA) who subvert America’s democracy by participating in a pay-to-play system that favors corporations over individual Americans.

According to the Federal Elections Commission (FEC), Swalwell has received $892,915.77 in the current election cycle (2017-18), an impressive haul in a short amount of time. Swalwell’s FEC record provides a picture of a politician who probably spends most of his time meeting with lobbyists who want something from him in exchange for campaign donations. The following is an abbreviated list of his corporate donors:

What do you suppose these corporations want from the congressman? It is not just corporations who own Swalwell; various unions own a piece of him as well. The following is an abbreviated list of the unions who lobby Swalwell for legislation and votes:

The U.S. Representative loves union cash. What do you suppose the unions want for their money? 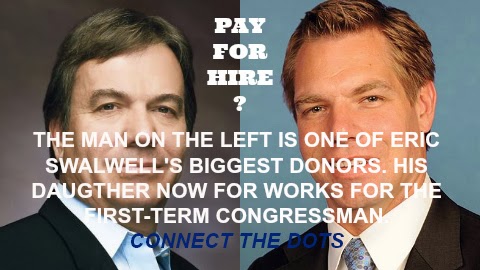 Swalwell has appeared on Tucker Carlson Tonight several times to warn us that the Russians have attacked our democracy. Unfortunately, Swalwell has never mentioned that America’s democracy is an illusion because scoundrels like himself created a quid pro quo system that provides legislation and votes to the highest bidders; there’s no democracy to attack. Elections are meaningless when the winning candidate is going to spend his time in Congress meeting with lobbyists and collecting campaign donations.

The Concerned American contacted Swalwell’s office to ask him questions about his relationship with his corporate and union donors, but he doesn’t accept questions from people outside of his congressional district.