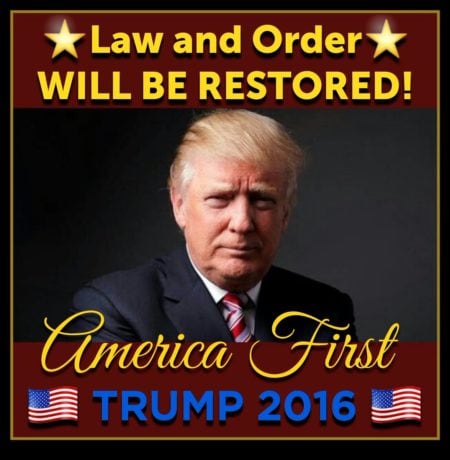 The Deferred Action for Childhood Arrivals (DACA) was an Unlawful, Racist Executive Order

Today, the Trump administration rescinded the Deferred Action for Childhood Arrivals (DACA) that was made law, not by Congress, but rather by Barack Hussein Obama. The Executive Branch does not have the constitutional power to pass laws just enforce the laws of the United States, and it cannot pick and choose the laws it will enforce based on personal preference, political ideology, demands from special interest groups, or the wishes of corporate donors.  DACA is a lawless, racist Executive Order motivated by the desire for power and money. 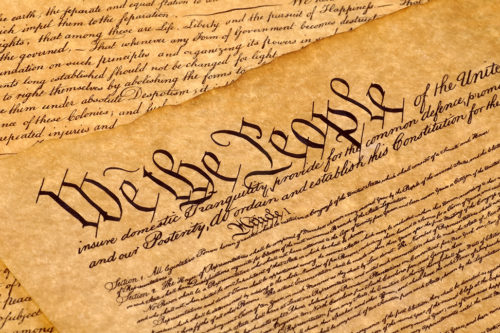 Article I. Section 8 of the Constitution provides Congress with the power “to establish a uniform rule of naturalization” to govern the admittance of foreigners to the United States with a process for citizenship. Obama’s DACA order circumvents U.S. immigration law to accomplish a political goal that his political party thinks will pay dividends in the form of political power in the future. The order is not only unconstitutional, it is also textbook racism in that it favors one group, Hispanics, the catch-all government word for Mexicans, Hondurans, Costa Ricans, etcetera, etcetera, over another group(s); Obama’s Executive Order is Hispandering.

The impartial rule of law is integral to a nation that claims to be a constitutional republic. If U.S. laws are applied unequally, America will devolve into an oligarchy. Obama’s unilateral executive amnesty is an extra-constitutional measure that attempts to codify an exemption from immigration laws for a specific group; sounds racist, despotic, and oligarchic.

George Washington University Law School Professor Jonathan Turley in testimony before the House Judiciary Committee clearly and convincingly explained the reason DACA is unconstitutional and an affront to the separation of powers. Turley stated:

“In ordering this blanket exception, President Obama was nullifying part of a law that he simply disagreed with…if a president can claim sweeping discretion to suspend key federal laws, the entire legislative process becomes little more than a pretense…The circumvention of the legislative process not only undermines the authority of this branch but destabilizes the tripartite system as a whole.”

Obama’s DACA is the rotten fruit produced by a government by the few who take action based on what is advantageous for them. You could also argue that DACA provides a glimpse into the self-proclaimed elites’ vision for a post-constitutional America where political expediency supersedes justice.

We know Democrats prefer amnesty because they have identified Hispanics as the voting bloc that can deliver them never-ending power, but why do Republicans favor amnesty for people who violated America’s immigration laws?

DACA is not only about power, it is also about money. Corporate donors want DACA because it protects their cheap labor. The reason DACA provides work authorizations and social security to the so-called ‘dreamers’ is to provide legal status to the illegal aliens corporate donors employ. The dreamers are not innocent toddlers, but rather adults (avg. age 22) who are well aware that they are illegal aliens and so are the businesses who employ and pay them; the label “dreamers” is intentionally misleading.

Why didn’t the Republican Party challenge DACA? Why did it take an outsider, Donald Trump, to end a naturally lawless order? The Republican Party didn’t challenge DACA because their corporate donors expect them to repel all encroachments, constitutional and otherwise, against their cheap labor; corporations prefer cheap labor over American workers. Republicans are committed to the pay-to-play system they helped create, and they are not going to jeopardize corporate donations by taking a principled stand for the rule of law.

President Trump’s decision to rescind DACA sends a clear message to American citizens that the U.S. Constitution is still the law in America, and nobody is above the law.