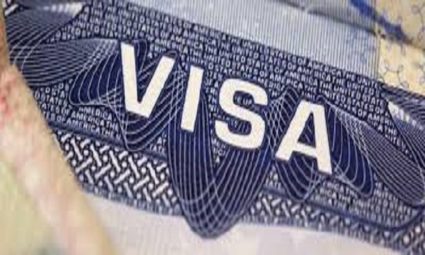 Six Republican Senators are working on a corporate plan to entice Democrats to provide President Trump with the funds he wants to build a wall on America’s southern border. The six GOP Senators’ plan was not a plan, but the usual giveaway to their corporate donors at the detriment of Americans. South Carolina’s Lindsey Graham, North Carolina’s Thom Tillis, Tennessee’s Lamar Alexander, Ohio’s Rob Portman, Alaska’s Lisa Murkowski, and Maine’s Susan Collins’s plan could have easily been drafted, and probably was, by the U.S. Chamber of Crony Capitalism and the Business Round Table.

The aforementioned corporate slaves are devising a plan to transform illegal aliens who are part of the Deferred Action for Childhood Arrivals (DACA) as well as “immigrants” from El Salvador and other countries who were provided safe passage to the United States as part of a cheap labor program called the Temporary Protected Status program into U.S. citizens. The TPS program provides “temporary sanctuary” for people affected by events such as natural disasters, For instance, 300,000 El Salvadorans were transported to America at taxpayer expense and issued work authorizations after an earthquake hit El Salvador in 2001; they’re still here. Graham and company are also offering to “modify” the H-2B visa program.

Why would Republican Senators offer amnesty and citizenship for illegal aliens and permanent protection for people who should have returned to their home countries decades ago? The answer to why politicians are indifferent to America’s unsecured southern border and the plight of American workers is in their campaign donations.

Portman’s campaign donations from 2017-2018 are typical for corporate slaves who take cash in place of representing the American people. The following is a brief list of the companies that provide Portman with money in exchange for his indifference towards border security and his commitment to maintaining and expanding visa programs that benefit his corporate masters:

The aforementioned companies and countless others line the pockets of politicians in order to flood the U.S. market with cheap blue collar and white collar foreign labor. The flood of cheap labor increases profits and Wall Street values for corporations by drastically reducing labor costs. Companies have an insatiable appetite for cheap labor because of the financial windfall they enjoy by terminating American workers and hiring foreign workers, which is why they demand more and more H-1B and H-2B visas from their politicians.

Graham and his cohorts didn’t explain what they mean by “modifications” to the H-2B visa program but based on statements Graham has made it means more low-skilled workers for his corporate donors. Last January, Graham told reporters the following:

We need more legal immigration. … I don’t want green cards just for computer engineers. If you are out there working in the fields, if you are a construction worker, I want some of those people to have a way to stay here, because if you are running a business and you have a guest worker who is really good, and would add value to our country, I want them to have a chance to get a green card. I just don’t want to be a country in the future of just computer engineers or high-tech people.

Graham wants to make sure businesses that use guest workers (H-2B) have an endless, limitless supply of cheap labor so they can avoid paying their workers more than minimum wage; foreigners win, Americans lose.

In 2015, America’s middle class became a minority, but nobody paid attention. Republicans and Democrats pretend they care about America’s ever-shrinking middle class and claim ignorance when asked why our middle class is losing ground. America’s middle class has been hollowed out by politicians and their corporate masters. Cheap, foreign labor is creating an America that resembles the average third world country in that there are rich people and poor people and nobody in the middle, and this transformation is not natural or predestined by history, it is the result of a pay-to-play system born from greed.

Graham and company are immune from the ramifications of their economic and immigration policies, so they are detached from their fellow Americans. It is painless for politicians to do the bidding of their corporate donors when open borders and foreign labor never affect them.