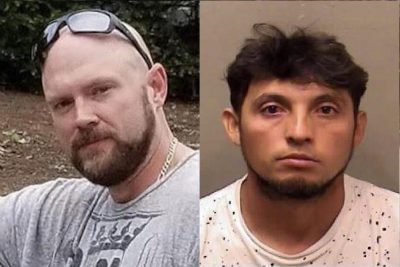 America’s political class and its army of bureaucrats are creating an America that resembles Hobbes’s state of nature, and Americans who do not live in gated communities are desperate for a government that provides them with peace and security. Unfortunately, while Rome burns the self-proclaimed “elites” cover up their mistakes with wall-to-wall coverage of President Trump’s tweets and proclamations that the President is a _________.

Politicians, bureaucrats, and the mainstream media can waste time on irrelevant topics because they are unaffected by the fatal policies that come out of Washington, D.C.; meanwhile, normal people in flyover country are in harm’s way.

America’s political class and the bureaucrats who serve them are responsible for countless crimes perpetrated by their illegal aliens, visa recipients, and refugees. The following are postcards from a multicultural wasteland.

The mainstream media did not cover the tragedy that occurred in Aurora, Colorado courtesy of the bureaucrats who allowed Oghaleoghene Atuno (21) into the United States. Although the media arm of the Democratic National Committee (DNC) didn’t cover the attempted murder of two little boys, the horrific act happened.

On April 15, 2019, police arrested Atuno on suspicion of using his vehicle to run over two boys, ages 11 and 12. Law enforcement concluded that Atuno was the person who drove his vehicle onto a sidewalk to strike the boys after viewing video footage from the area. Video surveillance showed Atuno circling the cul-de-sac several times before hitting the boys.

Once police tracked down the vehicle used in the heinous crime, they found Atuno and questioned him about the incident. Atuno confessed to the hit-and-run but did not provide a motive, or police did not want to reveal the motive for the crime. 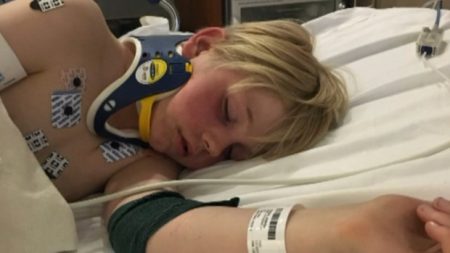 The boys Atuno mowed down suffered multiple injuries, including a fractured skull that left one of the boys in critical condition clinging to life. The politicians who passed the immigration laws that opened America to all people and the bureaucrats who allowed the Ugandan to enter the U.S. were unharmed.

On July 13, 2019, police in Lubbock, Texas responded to a call of shots fired and discovered the body of Larry Fawver (67). The Lubbock Police Department and Metro Special Crimes Unit identified Felix Joseph Alfonzo (19) as a suspect early on, according to a news release. He was taken into custody after sheriff’s deputies responded to an unrelated single-vehicle crash on U.S. 87 at County Road 7500. The news release did not explain how the accident was related.

Alfonzo is in the United States and enjoys immunity from U.S. immigration laws because politicians such as Barack Hussein Obama labeled him a ‘DREAMer.’ Obama’s Deferred Action for Childhood Arrivals (DACA) gives Alfonzo special status that shields him from immigration law, so everything is available to Alfonzo, including murder. Fawver is a fatality of DACA. Obama is alive and well.

On June 22, 2019, Jose Rodriguez, an illegal alien from Honduras, ran a red light at the intersection of Macarthur and Main in Bloomington, Illinois and struck Corey Cottrell who was riding his motorcycle to meet his mother at a picnic held by the Bloomington Church of Christ. Rodriguez fled the scene and left Cottrell to die on the street.

The day after the hit-and-run, Rodriguez turned himself in to police and was charged with leaving the scene of an accident involving a death, driving without a license, and disregarding a traffic control device. Unfortunately, Illinois is a sanctuary state and Bloomington is a sanctuary city, so local authorities ignored another ICE detainer and released Rodriguez on bail.

Rodriguez was in the United States unlawfully, but local and state politicians in Illinois shielded him from deportation by repeatedly ignoring ICE detainers going back as far as April 17, 2013. The actions of politicians allowed Rodriguez to kill Cottrell. Cottrell’s family and friends suffer through the debilitating grief of Corey’s murder. However, the politicians who served as accomplices to Corey’s death do not suffer because they are immune from the ramifications of their actions.

Globalists proclaim ad nauseam that “diversity is our strength!” For Americans, diversity is a death cult led by high priests who consciously sacrifice people to the volcano gods of multiculturalism.