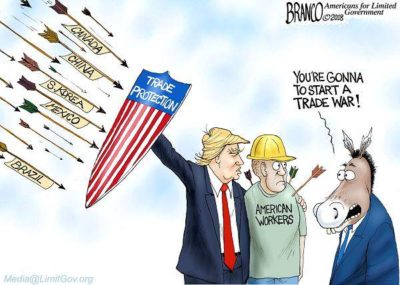 Palmetto Beach Hospitality, LLC is a “full-service hospitality management company that provides hotel and restaurant management, specialized in the supply of well-groomed, experienced full-time and seasonal staff in the hospitality industry.” Palmetto promises its clients it will take the time to understand their specific job requirements and fulfill their staffing needs with “top talent.”  Recently, the U.S. Department of Justice discovered that the top talent Palmetto promises its clients is not an “innovative database of top talent,” but rather foreigners who can obtain H-2B visas; American workers need not apply.

In a letter dated July 5, 2017, the U.S. Department of Justice’s (DOJ) Civil Rights Division, Immigrant and Employee Rights Section (IER) informed Palmetto that it had “initiated an independent investigation, DJ# 197-67-56, to determine whether Palmetto preferred hiring temporary, nonimmigrant, visa holders over U.S. workers based upon their citizenship status in violation of the Immigration and Nationality Act’s anti-discrimination provision, 8 U.S.C. Subsection 1324b.” At the conclusion of the investigation, IER determined that reasonable cause exists to believe that Palmetto discriminates against Americans.

Palmetto engaged in a pattern or practice of discriminatory recruitment and hiring based on citizenship status by preferring to hire H-2B visa workers for housekeeping positions instead of qualified, available U.S. workers, in violation of 8 U.S.C. Subsection 1324b(a)(1).

The IER’s findings motivated Palmetto to enter into an Agreement with the DOJ to settle the matter before it metastisizes into a lawsuit. The salient points of the Agreement are as follows:

The actions the DOJ took to correct the discriminatory practices of Palmetto are necessary and a welcome change from previous administrations who never enforced the regulations associated with visa programs. However, the only effective cure for the abuse of visa programs that favor foreign workers over American workers is the dissolution of every visa that allows companies to discriminate against Americans.