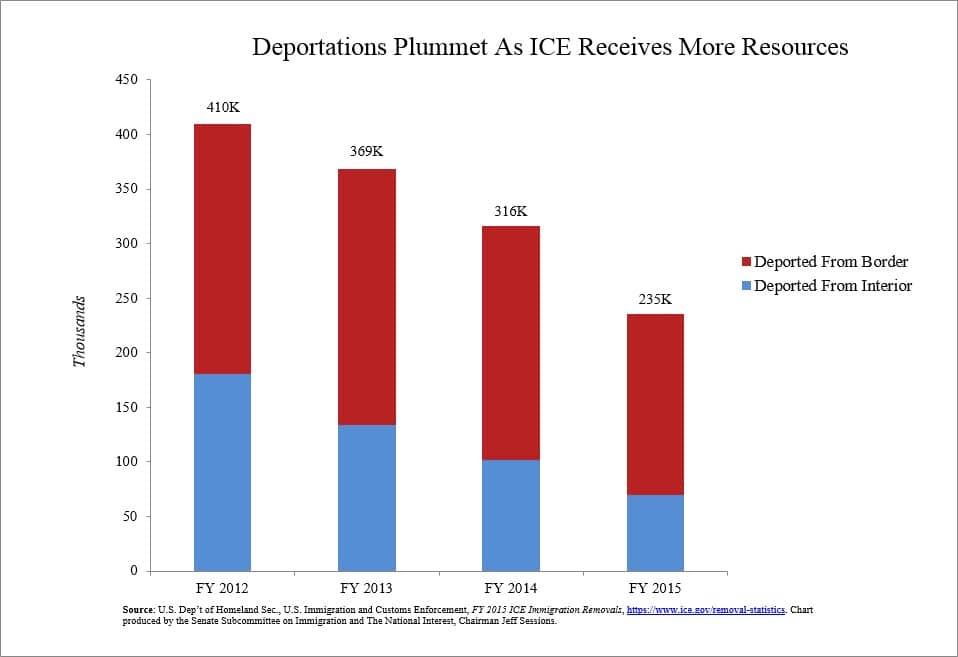 Homeland Security Can Only Afford to Deport 400,000 Aliens Annually

The DHS was created as part of the Homeland Security Act passed by Congress in November 2002. The DHS is a fed gov department that has the usual characteristics of bureaucracy; it is a big, bloated administration that wastes the tax dollars of hard-working Americans. 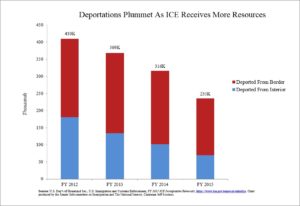 There are 240,000 people working for the DHS. The greater majority of the 240,000 DHS employees are bureaucrats working in Washington, D.C. The DHS occupies 50 separate locations and 9 million square feet of office space in D.C. The DHS is massive and expensive, but not because it is committed to border security and immigration enforcement.

The DHS has spent approximately $844 billion since its inception, yet there are still 12 to 15 million illegal immigrants living in the U.S. and increasing every day. According to the Director of U.S. Immigration and Customs Enforcement (ICE), Sarah Saldana, the Obama administration directs $6.5 billion to ICE, and it is not enough money to deport illegal immigrants. This excuse has been parroted by Obama and his lickspittles since he took office.

The former director of ICE, John Morton, issued a memorandum on March 2, 2011, in which he claimed the department had to limit its efforts to deport aliens due to a lack of funds. Morton claimed in his memorandum that ICE has enough funds to deport only 400,000 aliens. The lack of funds and 400,000 number also appears in a memorandum opinion written by the Department of Justice’s Office of Legal Counsel in November 2014. The Obama drones wrote,  “DHS has explained that although there are approximately 11.3 million undocumented aliens in the country, it has the resources to remove fewer than 400,000 such aliens each year.” That’s their story, and they’re sticking to it.

The average dollar amount spent each fiscal year on security, enforcement, and investigation is $6.6 billion. The rest of the DHS budget is designated for crucial national security concerns, right?

The following is a list of grants the DHS, via FEMA, awarded in FY2012:

There appears to be a lot of funds available for immigration enforcement, but the DHS prefers to redistribute tax dollars in the form of welfare checks, grants, and contracts. According to the FY2016 DHS Budget-in-Brief, “DHS has the third largest acquisition budget in the Federal Government and acquires more than $25 billion worth of goods and services annually. Current and prior OIG and Government Accountability Office reviews demonstrate that billions of taxpayer dollars and the nation’s security are vulnerable to waste.”

The DHS is politicized by the ideologues who inhabit the White House. The Obama administration has no interest in border security and enforcing America’s immigration laws. The Obama administration prefers amnesty over deportations and open borders over national security. The negligence of the Obama administration to secure our southern border and enforce immigration laws and the train of financial abuses by the DHS are pathetic and warrant immediate, corrective action by Congress. Congress should order the DHS to terminate various projects and programs, significantly reduce its bureaucratic staff in D.C. and use all of its yearly budgets on homeland security.