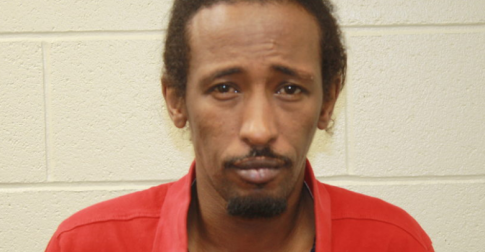 Mahamud Tooxoow Mahamed, 37, a Somali national and former employee of Tyson Foods, was charged in a criminal complaint filed in the U.S. District Court in Springfield, Missouri. According to an affidavit filed in support of the federal criminal complaint, the body of Jessica McCormack of Noel, Missouri was discovered on July 29, 2019, near Missouri Highway 59 between Lanagan and Noel. Law enforcement has yet to apprehend Mahamed.

After police discovered McCormack’s body on the side of Highway 59, they attempted to locate her children but were unsuccessful. An Amber Alert was issued for McCormack’s three children, who were found at a residence in Des Moines, Iowa, and taken into state custody on Aug. 8, 2019. According to the affidavit, a woman who formerly worked with Mahamed at the Tyson Foods plant in Noel told law enforcement officers that Mahamed arrived at her Des Moines residence with the children on Aug. 5, 2019. She discovered he had left on Aug. 8, 2019, the affidavit says, when she found a note from Mahamed informing her that he could not care for the children.

If federal authorities capture Mahamed and he is tried and convicted of murder and kidnapping, he is not the only person responsible for the heinous crimes. If justice were blind and impartial, the bureaucrats who allowed Mahamed into the United States, the politicians who allow legal and illegal immigration to go unchecked, and Tyson Foods would suffer the consequences of their actions.

Tyson Foods employs nine (9) lobbyists who spend all of their time walking the halls of Congress buying politicians. According to opensecrets.org, in 2017 and 2018, Tyson spent $2,343,833 lobbying members of Congress. What do you suppose Tyson wants from the American people’s representatives?

Tyson’s political action committees (PAC) and individuals employed by the company donate a lot of money to Democrats and Republicans. The following is an abbreviated list of the national candidates who “indirectly” received money from Tyson: during the 2018 election cycle:

The campaign committees for Senate and House Democrats and Republicans received plenty of money from individuals who work for Tyson. Tyson indirectly provides hundreds of thousands of dollars in campaign donations to retain the supply chain of cheap labor from third-world countries that give it people like Mahamed, and protection from regulatory agencies. The following is a list of donations that allowed Mahamed into the country and led to the death of McCormack:

The corrupt political system created by politicians and their corporate donors is the reason countless Americans have suffered at the hands of people like Mahamed. There are solutions available to America’s political class that would go a long way in preventing the heinous crimes perpetrated by foreigners such as a moratorium on legal immigration and a zero-tolerance policy for illegal aliens, but politicians are unwilling to risk losing the campaign donations that come from their corporate masters, maybe campaign finance reform would free them from their shackles?