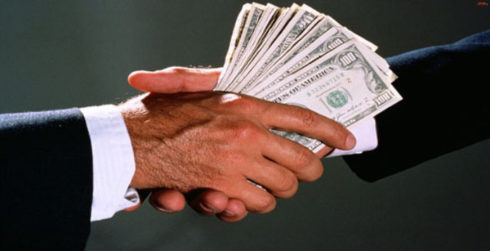 America’s political system has spawned a murderous immigration system. Politicians are responsible for creating a pay-to-play system that is fueled by the exchange of campaign contributions for cheap labor. Politicians sell their indifference to America’s irrational, Godless immigration system and open borders to corporations for campaign donations at the detriment of the American people. David Long is one of an extensive list of Americans who were sacrificed by America’s corrupt ruling class.

The man who was arrested for allegedly murdering Long is Ponfinima Mabuo Gweama, Jr., a refugee from Liberia. Long is one of the millions of Americans who have been murdered, assaulted, raped, sexually assaulted, robbed, et cetera by legal and illegal immigrants who gained entrance into the United States through the actions and inaction of politicians, bureaucrats, and corporate executives. If Gweama is responsible for Long’s murder, he must be punished, but he is not the only person who should be punished.

Gweama is a ‘refugee” because federal government bureaucrats provided him with refugee status for reasons unknown to the general public. It cannot be stressed enough that nameless, faceless, unelected bureaucrats allowed Gweama to enter the U.S., which in turn provided him with the opportunity to commit murder. However, nobody will ever know why Gweama was granted entry into the U.S., not Long’s family or friends or the American people, and the bureaucrat(s) who signed off on Gweama’s immigration papers will remain anonymous and employed by the American people.

Politicians who intentionally ignore the carnage produced by their apathy to America’s broken immigration system are accomplices to Long’s murder as well as countless other murders. Democrats refuse to secure America’s borders and fix its immigration system because their corporate donors demand cheap labor for their campaign donations, but for Democrats, there is an added bonus, votes.

Democrats consider Gweama a valuable commodity because of his skin pigmentation and willingness to work for minimum wage. Gweama is what the PC police refer to as “African-American,” not because he is American, he isn’t, but instead because of his dark skin pigmentation and the fact that he resides on American soil. Democrats believe any person with black skin is a Democrat and considering 90 percent of American blacks vote Democrat, their stereotype is true. To leaders of the Democrat Party, Gweama is not an individual he is a member of a group that can easily be organized into a voting bloc, the fact that corporations will pay for importing cheap laborers is icing on the electoral cake.

Democrats are not alone in their willful negligence; Republicans are also guilty. For two years, the Republican Party was in control of Congress and the Executive Branch but failed to secure America’s borders and pass legislation to eliminate the diversity lottery program, birthright citizenship, chain migration, and reduce the overall number of legal immigrants. Why didn’t Republicans secure our borders and fix our immigration system?

In last year’s mid-term elections, 69 percent of Hispanics voted for Democrats, so the reason Republicans don’t care about the millions of people streaming across America’s southern border has nothing to do with votes. And what about the Africans who win the diversity lottery or use the correct words and terms to gain refugee status? In this past November’s elections, only 10 percent of black people voted for Republican candidates; importing people from Africa doesn’t translate to electoral victories for Republicans. Republicans must be getting something in return for ignoring the tens of millions of illegal aliens in the United States and the 1.1 million legal immigrants who enter the U.S. annually, yes?

If you want to know why Republicans didn’t vote on legislation that would have provided effective border security, and curtailed legal and illegal immigration when they controlled the House and Senate all you have to do is review their campaign donations.

The Former Speaker of the House Paul Ryan’s campaign receipts provides a clear picture of why he didn’t allow a vote on legislation that addressed legal and illegal immigration in a meaningful way.

In the 2017-2018 election cycle, Ryan received $6.2 million in campaign donations; quite a sum for someone who announced he would retire at the end of his current term.  Corporations kept sending him money because he protected their cheap, foreign labor.

According to OpenSecrets.org, Ryan received more money from the “food process” industry than any other member of Congress. Companies that operate meat packing plants, poultry plants, et cetera paid a lot of protection money to mafia bosses, underbosses, and consiglieres who inhabit Congress. The following is a list of the top ten members of the House and their donations from food processing companies in 2018:

As you can see, corporations buy politicians on both sides of the aisle, which means nobody in Congress is willing to take action to stop the thousands of poor, unskilled illegal aliens who stream across America’s southern border.

David Long is another casualty of a rigged political system. Ever since Donald J. Trump took office, the American people have heard from politicians, bureaucrats, and media outlets that Russia hacked America’s “democracy,” but how do you hack a democracy that doesn’t exist? Sure, there are elections, but they are nothing more than window-dressing for the pay-to-play system that murdered Long.