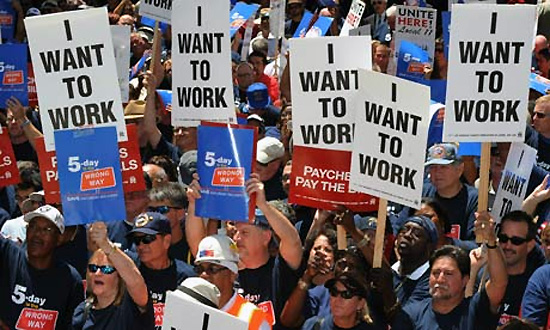 The unwillingness of the federal government to secure America’s southern border has provided a never-ending supply of cheap labor for corporations; corporations like 84 Lumber. The federal government’s shirking of its constitutional duty to secure America’s borders has harmed American workers by providing a cheaper source of labor for companies in the United States. The Pennsylvania-based 84 Lumber has an unquenchable thirst for cheap labor, and it spent $15 million on a job ad that aired during Super Bowl LI. 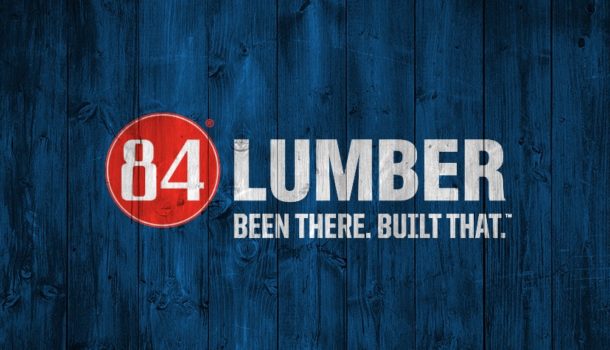 The advertisement that 84 Lumber created for the Super Bowl is an endorsement for illegal immigration and appears to be a help wanted ad directed towards people in Mexico and Central America, not Americans. The president, Scott Morgan, of Brunner Advertising, the firm that helped 84 Lumber craft the ad, stated that the purpose of the ad was to “elevate the awareness of the 84 Lumber brand, what they stood for, their culture, and their vision.” Based on the ad, the company’s culture is Mexican, and its vision is one of unlimited cheap labor. Morgan stated during his explanation of the commercial that 84 Lumber needs to hire 400 people as part of a planned expansion, and the intent of the commercial is to clarify the type of people the company wants to hire. Morgan stated, “They want people who are seeking a better way for themselves. Seeking an opportunity to work for a company that is open minded and will put them in a rewarding job. People who maybe haven’t been seen, or have maybe been overlooked;” Americans need not apply.

The U.S. labor participation rate is at 62.9 percent; a 38-year low. In the last ten years, the labor participation rate has steadily and dramatically declined as companies have relocated their operations overseas or hired illegal immigrants to lower their labor costs. Currently, 95,102,000 Americans are not in the labor force, and they appear to be the type of people 84 Lumber’s looking to hire. Once you eliminate the people who are not seeking a job from the 95.1 million, you are left with approximately ten million Americans who have been brought low by permanent unemployment. Why can’t 84 Lumber find 400 people among the ten million Americans in employment exile?

Millions of Americans suffer from chronic unemployment due to corporate America’s unyielding appetite for cheap labor; 84 Lumber is ravenous. Between 2000 and 2010, 55,000 U.S. factories were shuttered resulting in six million Americans losing their jobs; these Americans haven’t been seen, and they’ve been overlooked. Is it unreasonable to suggest that 84 Lumber could find candidates among the millions of casualties of globalism?

Eighty-Four Lumber is deeply entrenched in the crony capitalist system in Washington, D.C. The company’s endorsement of illegal immigration can be gleaned in its campaign contributions to politicians who favor amnesty for illegal immigrants and open borders. During the 2016 election cycle, 84 Lumber made a total of $58,148 to politicians who have shown by their voting records that they are committed to delivering an unlimited supply of cheap labor to their donors; 84 Lumber purchases support for its progressive vision.

Eighty-Four Lumber’s support for illegal immigration is not shared by the greater majority of Americans. In recent Rasmussen surveys, the overwhelming majority of Americans favor the construction of a wall to cover the entire southern border, more deportation, not less, and don’t see a need for legal immigrants even with border control. So why would 84 Lumber pay $15 million for an advertisement that is going to be met with disdain by Americans?

What can one know about a private company like 84 Lumber? We do know that the business does not use E-Verify. E-Verify is a service offered by U.S. Citizenship and Immigration Services (USCIS) that allows an employer to submit the information that potential employees report on the Form I-9 into the E-Verify system to verify its validity. According to USCIS, once an employer enters the required information, the program does the following:

Why do you think 84 Lumber chooses not to use E-Verify? E-Verify is free and available to all employers, so a company that is committed to hiring Americans should use the service. Is it possible that 84 Lumber employs so many illegal immigrants that it cannot afford to use E-Verify lest it reveals that it survives on cheap, illegal labor? We do not know the legal status of 84 Lumber’s employees, but based on the company’s refusal to use E-Verify it is not inconceivable to think that it is concealing the immigration status of thousands of illegal aliens out of necessity because the corporation cannot afford to lose a significant portion of its workforce.

The advertisement created by 84 Lumber is un-American and reeks of desperation; the desperation of a corporation trying to preserve its cheap labor. Someone should alert the owner of the company, Maggie Hardy Magerko, that hiring illegal aliens is a violation of federal law. She can find the relevant information in 8 U.S. Code § 1324a. According to 8 U.S. Code § 1324a, it is unlawful “to hire, or to recruit or refer for a fee, for employment in the United States an alien knowing the alien is an unauthorized alien.” The statute further states, “It is unlawful for a person or other entity, after hiring an alien for employment in accordance with paragraph (1), to continue to employ the alien in the United States knowing the alien is (or has become) an unauthorized alien with respect to such employment.” It is not only un-American to employ illegal aliens, it is also forbidden by law.

We cannot know with certainty the motive behind 84 Lumber’s commercial, but it appears to be a recruiting ad that promotes illegal immigration. If the Super Bowl ad is not a help wanted ad, then it is just another leftist propaganda piece intended to convince the American people that America has a moral obligation to accept every person who wants to migrate to the United States.