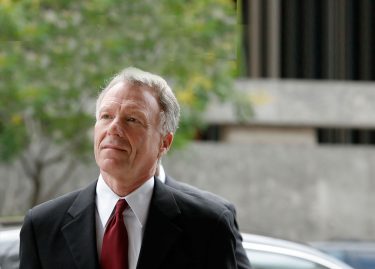 Robert Mueller’s investigation of Russian “collusion” has brought to light the tactics Deep State functionaries use to extract blood from their enemies. Mueller’s tactics for destroying people he considers enemies of the state include specious accusations of obstruction of justice, perjury, and making false statements to federal officials. Scooter Libby is someone who knows all too well the recipe Mueller uses to destroy people.

Special Prosecutor Mueller, a man of unassailable “integrity,” is using the Special Counsel’s Office in an attempt to unseat a democratically elected President of the United States by using two particularly useful tools at his disposal. Douglas Murray at The Spectator accurately describes a special prosecutor’s weapons as follows:

The first is to wear their subjects down, chasing them from charge to charge until they can find something — anything — even if it has to be ‘obstruction’ during an investigation that need never have commenced. The second is to offer them a way out by handing over someone higher up.

In 2003, Scooter Libby, the chief of staff for Vice President Dick Cheney, was swept up in yet another manufactured and politically motivated FBI investigation launched by FBI Director Mueller to determine who leaked the identity of CIA agent Valerie Plame to the media. At the time. Mueller’s close friend, James Comey, was serving as the Deputy Attorney General. Mueller and Comey were set to pursue their political enemies; there was only one obstacle in their way, Attorney General John Ashcroft; someone had to convince Ashcroft to recuse himself.

The case of Plame’s leaked identity revolved around Plame and her husband, the former US ambassador Joe Wilson. The Bush administration sent Wilson to Africa to inquire into claims by British intelligence that Saddam Hussein had been trying to buy uranium. There was a dispute over the findings and their use, and Wilson publicly turned on the administration. Deep State operatives such as Mueller, without any evidence, decided that Vice President Cheney vengefully ‘outed’ Wilson’s wife as a CIA agent, and Libby would be the conduit to Cheney. The Deep State identified its man, it just had to find a crime.

Fitzgerald put the squeeze on Libby to force him to bear false witness against Cheney, a crime that violates God’s law but serves the state. The eighth commandment of God’s law is “You shall not bear false witness against your neighbor.” Bearing false witness is a commandment Robert Mueller regularly uses to break “witnesses” to serve the Deep State’s cause. Fitzgerald threatened Libby with charges of obstruction of justice, perjury, and making false statements but if he delivered Cheney to him by composing a story, they would not file the charges. Even after filing charges against Libby, Fitzgerald offered to drop the charges in exchange for Cheney’s head; Libby refused to join the wicked.

You shall not spread a false report. Do not join the wicked by being a malicious witness. – Exodus 23:1

We now know that from the time of his appointment in December 2003 Fitzgerald had already known that the person who had first leaked Plame’s identity to the columnist Robert Novak was Richard Armitage from Colin Powell’s office. However, Libby went to prison for process crimes that were manufactured in an impressive feat of legal contortionism by Fitzgerald.