Democrats/Liberals/Progressives are suddenly concerned about Russia and Vladimir Putin because they claim Russian hacking assisted President-elect Donald Trump in beating Hillary Clinton in the presidential election. The Democrats/Liberals/Progressives who devised and implemented the Obama administration’s failed policy toward Russia known as the “Russian reset;” see Crimea, are demanding swift action to punish Russia for their hacking of the DNC.

Do you remember when Russian hackers infiltrated the White House computer system? You should, it was only last month, but it did not create a firestorm, not even a whimper, like the alleged hacking of the Democrat National Committee (DNC) because it did not coincide with an election result that has left the Democrat Party in shambles. Donald Trump’s victory in the presidential election is the catalyst for the Democrats/Liberals/Progressives pivot from their “Russian reset” to resetting their reset and defining Russia as a rogue nation that is the biggest geopolitical threat to America.

I’m concerned about this throughout the government generally. It just has a particular salience when you’re talking about diplomatic cables and issues involving national security.

According to Kemp, on November 16, 2016, “an IP address with the Department of Homeland Security made an unsuccessful attempt to penetrate the Georgia Secretary of State’s firewall.” Kemp sent a letter to DHS Secretary Jeh Johnson asking him if he knew of the attempted breach and reminded him that under 18 U.S.C. 1030 “attempting to gain access or exceeding authorized access to protected computer systems is illegal.” Maybe it was another rogue agent like the agents at the Internal Revenue Service (IRS) who targeted conservative groups? A little thing like the law has never dissuaded the Obama administration from engaging in nefarious activities. 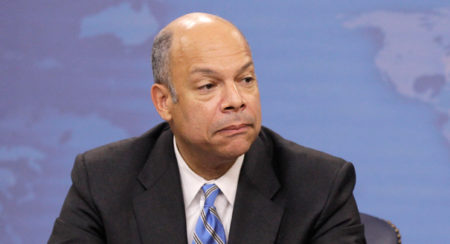 The DHS attempted the hack because Kemp declined an offer from DHS to provide “cyber hygiene scans or penetration testing” before the elections. In stereotypical Obama administration fashion, the DHS took Kemp’s rejection of its offer as an affront that must be avenged by taking a heavy-handed approach aimed at taking down the computer system of Georgia’s Secretary of State; in typical Obama administration fashion, the result was a failure.

The DHS failed to hack Kemp’s computer system because he recognized long ago that cyber attacks present a serious threat that demands action. Kemp wrote in his letter to Johnson the following:

As Georgia’s Secretary of States, I take cyber security very seriously. That is why I have contracted with a global leader in monitored security services to provide immediate responses to these types of threats…Clearly, this type of resource and service is necessary to protect Georgians’ data against the type of event that occurred on November 15.

Kemp is obviously smarter than the bureaucrats who inhabit Obama’s universe because long ago he took the necessary steps to protect Georgians’ data by contracting with a private sector, data security company that provides reliable protection against hackers. The Obama administration has yet to show it is capable of providing reliable cyber security. 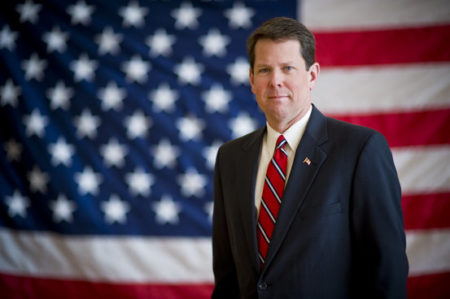 In the months leading up to the presidential election, DHS and other federal agencies voiced concerns about Russian hackers and the possibility they could gain access to government computers. DHS was suddenly concerned about cyber security because DNC databases and e-mail servers had been hacked and the oft-repeated claim by the DNC and the fake journalists of the mainstream media was that the breaches were the work of Russian hackers; a claim that has yet to be substantiated. In fact, what we know is that Wikileaks published the DNC documents and its founder, Julian Assange, categorically denies that the source was Russian.

The take away from the Obama administration’s failed attempt to hack the computer system of Georgia’s Secretary of State is that if Georgia needed “assistance” from the DHS to secure its data, the attempted hack would have succeeded. The abysmal outcome of the DHS’s effort is a monumental embarrassment for an overreaching federal agency that wanted to prove to Kemp that he needs the federal government to secure Georgia’s IT infrastructure, but Kemp proved he doesn’t need the feds by preventing them from forcing their help on him; fed gov tyranny and incompetence were on full display.

The epic fail of the DHS provides a glimpse into how a free market approach to cyber security is most advantageous. By contracting with a private company that is “a global leader in monitored security services,” Kemp was able to protect Georgia’s IT platforms from a federal agency hell-bent on making him pay for shunning them; kudos to Kemp.