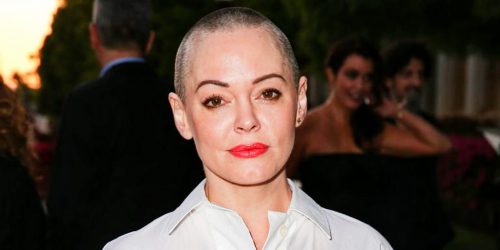 Ye Shall Be as Gods

Satan’s promise to Eve in the Garden of Eden is the same promise Democrats/Progressives/Communists/Socialists make to people who choose to join their death cult; to transform them into gods. Once a person asks for absolution and pledges loyalty to her secular church leaders, she will be redeemed and set free from cumbersome, antiquated edicts from the past such as Thou Shalt Not Murder.

The late Whittaker Chambers, a reformed Communist, wrote in his autobiography Witness the following:

For Democrats, God’s creation must be perfected, and the world must change even if it means destroying the world. The cult leaders on the Left make it clear that people have to die to change the world. Rose McGowan is someone who understands there will be casualties on the road to utopia.

Actress-turned-activist Rose McGowan is someone who lives to change the world. Unfortunately, her unborn baby cannot do anything because he was not allowed to live because she is too busy to care for another human being. McGowan lives her life as a god in that she is unencumbered by God and natural law, therefore, she has the power to take her child’s life. In a recent social media post, she stated the following:

I have had an abortion and I support this message. I am not ashamed, nor should you be…I realized I could not bring a child into my world and simultaneously change the world.

People like McGowan do not love what is beautiful nor do they defend what is right and noble because they hate the world and themselves. Satan was the first, essential political activist. Satan made it clear in the Garden of Eden that he wants to destroy God’s creation. Satan promised Adam and Eve that if they listened to him, they would be as gods; what he failed to mention is that human beings don’t have the capacity to be God.

The Hell that Satan brings is inside people like McGowan who have been duped by the promise of becoming a god. What Satan’s victims don’t realize is that human beings are not capable of being anything but human. If a person thinks she is capable of being a god, she is taking her directions from Satan.

In Milton’s Paradise Lost, Satan says, “Only in destroying I find ease to my relentless thoughts.” Satan is the Great Deceiver who seduces man to his loss by promising “ye shall be as gods.” Satan convinced McGowan that murdering her baby was a noble act because it freed her up to do his bidding.

You must not give to a mere idea/slogan/hashtag the love you owe to reality and the reverence you owe to God. Beg for the grace of God so you can be changed by that grace. Do not be fooled by Satan and the mortals who serve him, otherwise, you will live a life of confusion, heartache, sadness, and loneliness.