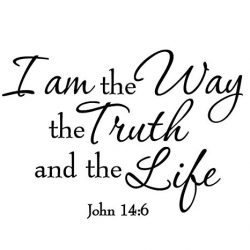 Study Shows Godless Progress Does Not Lead to Happiness

The Institute for Family Studies (IFS) conducted a study to answer the question: “Is religion a force for good or ill in families around the globe?” In essence, the question the IFS sought to answer pits God and conservatism against Godless progressives who claim they can deliver the utopia they started creating in the sixties.

A cultural revolution is different from political, intellectual, or artistic revolutions because it results in a metamorphosis in values and the conduct of life. The architects of America’s cultural revolution promised those who joined the cause and morphed into Godless hedonists would find everlasting happiness.

One of the revolution’s architects, Marxist philosopher Herbert Marcuse, was not joking when he extolled in Eros and Civilization the salvational properties of “primary narcissism” as an effective protest against the “repressive order of procreative sexuality.” Marcuse and his comrades urged Americans to leave behind silly, antiquated, repressive values that don’t allow for sexual freedom; God, marriage, children, marital sex don’t lead to happiness.

The IFS discovered that the greater majority of people who resist debauchery are happier than those who opt for sexual promiscuity, abortions, and self-deification. According to the IFS, “when it comes to relationship quality in heterosexual couples, highly religious couples enjoy higher-quality relationships and more sexual satisfaction, compared to less religious and secular couples. How is it that married, religious couples are happier than Godless libertines who prefer progress over God and family?

Are the progressive social justice warriors in the video below not happy?

How about Ashley Judd and her fellow liberated feminists, they seem happy, right?

Why are Godless, promiscuous people so unhappy. The culture war is over, and the Left won. Abortions on demand, abortifacients, no-fault divorces, same-sex marriage, and pornography were supposed to unlock the door to heaven, so why are irreligious people unhappy? Is it possible that when people recognize that there is a God and they are not Him, they are open to happiness, not anger? When people believe there is a God, therefore an afterlife, they can relax knowing that if they lead a Godly life they can spend eternity in paradise, the paradise that is not riddled with dead babies, sexually transmitted diseases, and sad, angry people.