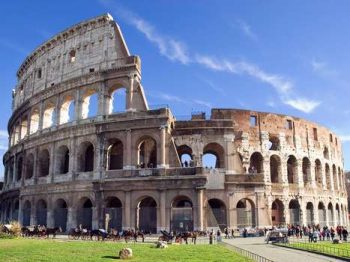 In less than 24 hours, America experienced two mass shootings perpetrated by young men who are representative of a culture that provides meaninglessness, isolation, and misery. Sadly, vultures are feeding off the dead bodies left behind by the angry, desperate, young men. Democrat politicians and the media arm of the Democratic National Committee (DNC) are leveraging human pain for political gain.

Normal, caring Americans were horrified and saddened by the shootings in El Paso and Dayton. However, for the Democrat presidential candidates, the dead bodies on the ground were political red meat up for grabs. A mad scramble broke out between parasites such as Beto O’Rourke, Elizabeth Warren, Cory Booker, Pete Buttigieg, et al. to be first to indict President Trump and his supporters.

Learning of the slaughter at the Walmart in El Paso, O’Rourke, flew to El Paso and sped to the scene of the crime. Once O’Rourke arrived at the scene, he circled the victims and began feeding on their corpses. “Trump is a racist, and he stokes racism in this country … and it leads to violence…We have a president with white nationalist views in the United States today.” Beto wasn’t finished cheapening the lives of the deceased. Beto concluded that it was a perfect time for Hispandering, so he called Trump’s language about illegal aliens “reminiscent of something you might hear in the Third Reich.” O’Rourke is a bloodsucking parasite, and he has plenty of company.

Bernie Sanders, appearing on CNN, was asked by Jake Tapper if he agreed with O’Rourke, replied:

“I do. It gives me no pleasure to say this all of the evidence out there suggests that we have a president who is a racist, who is a xenophobe, who appeals and is trying to appeal to white nationalism.” On the same CNN show, Booker tried to outdo O’Rourke, “I want to say with a moral clarity that Donald Trump is responsible for this (mass murder in El Paso) because he is stoking fear and hatred and bigotry.” Vultures of a feather flock together.

A politician who exploits massacres to fundraise and raise his or her poll numbers is an atheist, a demagogue, and a vile human being.

There is a sickness in America that started with the Sexual Revolution. In the sixties, Cultural Marxists convinced millions of Baby Boomers to break the chains of Christianity, custom, tradition, and patriotism, which unleashed the evil that continues to plague America. O’Rourke, Booker, Warren, Sanders et al. call for gun control because they cannot acknowledge the actions of their comrades. It is irresponsible and silly to suggest that gun control can stop mass shootings. Gun control doesn’t address the culture that produces mass shooters; it is the equivalent of putting a bandaid on a sucking chest wound.

James Howard Kunstler summed up the Godless, soulless America of today nicely when he wrote:

In a nation afflicted by fads, crazes, manias, and rages, mass murder is the jackpot for nihilists — begging the question: why does this country produce so many of them? Answer: this is exactly what you get in a culture where anything goes and nothing matters. Extract all the meaning and purpose from being here on earth, and erase as many boundaries as you can from custom and behavior, and watch what happens, especially among young men trained on video slaughter games.

For many, there is no armature left to hang a life on, no communities, no fathers, no mentors, no initiations into personal responsibility, no daily organizing principles, no instruction in useful trades, no productive activities, no opportunities for love and affection, and no way out. This abyss of missing social relations is made worse by the everyday physical settings for everyday lives based on nothing: the wilderness of parking lots that America has turned itself into.

For decades, politicians at every level passed laws that created the nation you see today. America is in the grip of the internet, social media, nihilism, moral relativism, materialism, and narcissism, all of which sentence countless Americans to lonely, miserable lives. However, Democrats view the casualties of the culture they built as political currency.