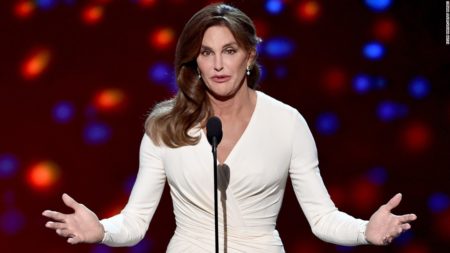 The Left’s Devolution of Heroism

In 2015, Bruce Jenner received the Arthur Ashe Courage Award at the ESPYS for the bravery he exhibited when he decided to transition from a man to a woman; meet Caitlyn, a courageous figure in the Left’s mission to redefine heroism. Arguably, the night Jenner received the ESPY award for courage is the watershed moment that allowed the Left to signal to the world that transgender people are among America’s new heroes; transgenderism is synonymous with heroism.

What are the qualities of a person that makes him or her a hero? A hero is someone who faced with a dangerous situation that could result in his or her death exhibits extraordinary courage that makes him or her a hero. Naturally, wars produce heroes who connect America’s past to the present and future. Tragedies like 9/11 provide us with examples of how heroic Americans are when faced with life or death situations; the firefighters who charged into the Twin Towers and ran up the stairs toward the inferno are heroes. However, the Left is redefining heroism and soldiers, sailors, and firefighters do not make the cut.

An article on liveaction.org is the impetus for this article because the author is a woman who, faced with the prospect of her death, decided the life of her unborn baby was more important than her own.

Stefanie Johnson writes about her high-risk pregnancy that her obstetrician/gynecologist (OB) said might kill her and her unborn baby. Despite Johnson’s OB’s prognosis she refused to abort her baby thereby putting herself in mortal danger. After reading Johnson’s article, one cannot help but think about the hundreds of thousands of women who don their vagina hats and pink Planned Parenthood t-shirts, march down whatever street in whatever city chanting nonsense while patting each other on the back for being brave and virtuous.

Hero #1 – “Last week, I went to a Planned Parenthood facility and murdered my unborn baby, and it felt good.”

Hero $1 – “There was no way I was going to let a baby ruin my life. My only regret is that I was not pregnant with twins. I would have enjoyed exercising my reproductive rights on two babies. F^ck Trump!”

In the Left’s America, these women are heroes because they murder their unborn children and protest whatever their progressive overlords tell them to protest; for the Left, useful idiots are heroes. How heroic is it to wear a vagina hat, chant gibberish, and yell expletives?

Stefanie Johnson has never worn a vagina hat or participated in a protest march. However, Johnson has faced down death and lived to tell of her ordeal, but the Left considers her a coward because she was too weak to exercise her “reproductive right” to murder her unborn baby.

It is not just empowered women who murder their babies who earn the praise of the Left. Illegal aliens are also darlings of the Left. Democrats such as House Minority Leader Nancy Pelosi heap praise on people who enter America unlawfully while ignoring that they are guilty of breaking U.S. laws; it is their criminal acts that earn illegal aliens hero status with Democrats.

When President Trump repealed Barack Hussein Obama’s unconstitutional, racist Deferred Action for Childhood Arrivals (DACA), it was the cue for Democrats to expend more rhetoric on redefining the nefarious actions of foreigners as good deeds performed by courageous people. Suddenly, the parents of the ‘DREAMers’ were lauded as heroes because they chose not to follow America’s legal immigration process instead they chose to sneak into America by evading U.S. Border Patrol.

After listening to any Democrat talk about illegal aliens, you’d think America was in dire straits, on the verge of collapse, until millions of Mexicans and Central Americans left their countries to save America from its perpetually depressed economy; the illegal aliens couldn’t save their third world hellholes, but they can save America. According to Senator Dick Durbin, Americans are unwilling to do hard, backbreaking work, so not only do illegal aliens work harder than Americans they are necessary for our economy. Pelosi takes Durbin’s “illegal aliens do the jobs Americans won’t do” bumper sticker slogan a step further by claiming while speaking on the House floor that illegal aliens are the “pride of our nation.”

“As members of Congress, we have a moral responsibility to act now to protect DREAMers who are the pride of our nation and are American in every way.”

Pelosi does not confine her effusive praise for illegal aliens to DREAMers. In the video below, she asserts that the parents of DREAMers “did a great thing for our country bringing these kids here.” Pelosi thinks breaking U.S. laws is a great thing. Evidently, the Mexicans and Central Americans who decided to ignore U.S. immigration laws did so because America needs them; they couldn’t rescue Mexico, Honduras, Guatemala, etcetera, but they are capable of saving the United States.

“Their families did a great thing for our country bringing these kids here who are working, or in the military, who are in school, who are a brilliant part of our future.”

The brave parents of the DREAMers brought their golden children to make America great again; what a selfless, heroic act.

Recently The New York Times (NYT) published an article titled How Joy Reid of MSNBC Became a Heroine of the Resistance that extols Reid for her heroic acts. Who is Joy Reid? Reid is a black woman who has a show on MSNBC built on the premise that everything is about race. Black Entertainment Television (BET) is less race-conscious than Reid. So what do we make of the NYT’s anointing of a woman who has built her entire career on race-baiting?

We can safely assume that every American knows that the NYT is not a newspaper, but rather a newsletter published on behalf of the Democrat Party, correct? What is the primary strategy Democrats use to try to win elections; identity politics, of course. Reid is the quintessential progressive in that skin pigmentation consumes her; she sees everything through the prism of race. How could the NYT not make Reid a hero of the Left?

The NYT crowned MSNBC’s most prolific race-peddler as a hero because dividing people along racial lines as a means to power is the type of racism the Left supports. The new Left views the old Left’s ‘judge people by the content of their character, not the color of their skin’ as a dead-end street when it comes to gaining and maintaining power. Racism is what Reid and her comrades on the Left are selling, and they are hellbent on getting you to buy.

Reid is a racist preaching division over unity. The Left views Reid as the right type of racist, so she has been elevated to hero status. On the Left, racism is all the rage as long as the racist has an agreeable skin pigmentation. 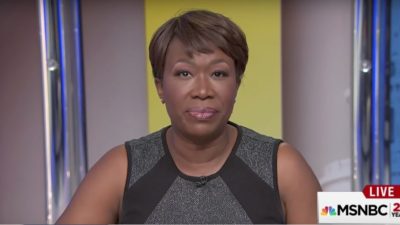 The Left is engaged in what Barack Hussein Obama called the ‘fundamental transformation of America.’ Democrats are on a mission to demonize and erase America’s past to replace it with a progressive utopia that will provide us with new heroes. In progressive heaven, Jesus Christ, Columbus, George Washington, Thomas Jefferson, Robert E. Lee, Audie Murphy, David B. Bleak, Chesty Puller, etcetera, etcetera are thrown on the trash heap of history and replaced with progressive heroes.

Are you ready to see a statute of Joy Reid in our nation’s capital? How about a monument that celebrates LGBTQIOMZPA… warriors who risked their lives for same-sex marriage and sex change operations? Is a tomb of the unknown illegal alien in our future? The Left has redefined heroism and anointed their heroes, so statues and monuments to memorialize their heroes will replace those they’ve destroyed and thrown in the trash.