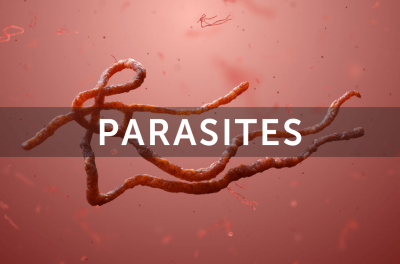 It is evil to politicize the deaths of innocent people, but there are people in America who leap at the chance to cheapen the lives of the deceased. Per usual, the Left pulled out gun control after a young man murdered people at a Wal Mart in El Paso, Texas, but the parasites who suffer from empathy deficit disorder also honed in on the shooter’s manifesto.

The mainstream media thought they found some political meat in the shooter’s manifesto that they could use to demonize President Trump and use to fundraise for Democrats. The talking heads on CNN, MSNBC, NBC, ABC, and CBS read the first couple of sentences of the manifesto and proclaimed, “Here’s our Trump-supporting, racist, white man, we can use him to take down Trump!” The shooter wrote, “This attack is a response to the Hispanic invasion of Texas. They are the instigators, not me.” The leftists took the invasion sentence and forged ahead. However, the shooter made it clear in his manifesto that he is not a Trump supporter or white supremacist. In fact, the shooter is not aligned with any political party and criticized Republicans and Democrats equally. It is possible he is a radical environmentalist.

Throughout his manifesto, the gunman tells us why he abhors unchecked illegal and legal immigration, and it has nothing to do with skin pigmentation. The gunman sees overpopulation as the primary roadblock to realizing “ambitious social projects like universal healthcare and a basic universal income.” Universal healthcare and a basic universal income are not policy ideas promoted by President Trump; they are campaign promises sold by Democrats across the United States.

Please read the following from the gunman’s manifesto and decide for yourself if it is the words of a white supremacist, whatever that is, or the screed of a radical environmentalist:

The American lifestyle affords our citizens an incredible quality of life. However, our lifestyle is destroying the environment of our country. The decimation of the environment is creating a massive burden for future generations.

Corporations are heading the destruction of our environment by shamelessly overharvesting resources. This has been a problem for decades. For example, this phenomenon is brilliantly portrayed in the decades old classic “The Lorax”. Water sheds around the country, especially in agricultural areas, are being depleted. Fresh water is being polluted from farming and oil drilling operations. Consumer culture is creating thousands of tons of unnecessary plastic waste and electronic waste, and recycling to help slow this down is almost non-existent. Urban sprawl creates inefficient cities which unnecessarily destroys millions of acres of land. We even use god knows how many trees worth of paper towels just wipe water off our hands. Everything I have seen and heard in my short life has led me to believe that the average American isn’t willing to change their lifestyle, even if the changes only cause a slight inconvenience. The government is unwilling to tackle these issues beyond empty promises since they are owned by corporations. Corporations that also like immigration because more people means a bigger market for their products. I just want to say that I love the people of this country, but god damn most of y’all are just too stubborn to change your lifestyle. So the next logical step is to decrease the number of people in America using resources. If we can get rid of enough people, then our way of life can become more sustainable.

The shooter’s problem with the invasion on America’s southern border has to do with the harmful effects of overpopulation, and he blames Democrats, Republicans, and their corporate donors.

The El Paso shooter is neither Democrat nor Republican; he is a troubled, young man who lacks the mental capacity to deal with what he sees as problems like an adult who realizes that murder is never the solution to a problem.

The societal rot in America has nothing to do with guns or racism or sexism (these are smokescreens; for instance, there are no racist remarks in the shooter’s manifesto), it is more profound, and the cultural Marxists of the Baby Boomer generation started it decades ago.

P.S. If you use Google to find the El Paso shooter’s manifesto, you won’t find it unless you dedicate a huge amount of time to scrolling through pages. You can find his full manifesto using the search engine Duck Duck Go.