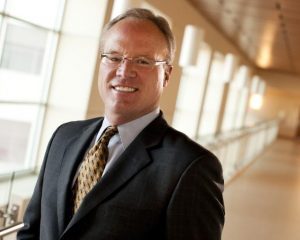 In today’s world, what do incompetent, feeble-minded corporate executives do to protect their cushy positions that come with lucrative compensation packages after they make bad decisions, they virtue signal to the ‘woke‘ mob. The Baylor Scott & White Health Care System is operated by executives incapable of thinking for themselves, so they take their cues from federal bureaucrats, which is what they did in response to the Wuhan Flu.

The self-proclaimed “experts” who inhabit the countless federal departments and agencies told the American people that based on their “models,” the Wuhan Flu would kill untold numbers of Americans. Bureaucrats like Anthony Fauci cautioned hospitals to get ready for a tsunami of Wuhan Flu patients, and instead of thinking for themselves, hospital executives heeded the warning and cleared their hospital beds and prepared for the critically ill patients to show up; the Wuhan afflicted patients never showed, but the consequences of the bad decisions made by the executives did.

A couple of weeks ago, Baylor Scott & White Health Care System announced it laid off 1,200 employees, and in addition to the layoffs it will furlough or cut the pay of other employees. Why are Baylor’s executives making cuts? Simply put, the people in charge at Baylor do not possess the intelligence necessary to devise a plan to prepare for an abnormal event while continuing normal operations, so they looked to federal bureaucrats to dictate to them how to handle a possible event. Baylor explained that it was terminating employees due to the “drastic decrease in visits, largely due to the suspension of non-urgent surgeries and procedures.” Hopefully, the people in charge at Baylor learned from the Wuhan Flu scare that government bureaucrats do not possess special powers that allows them to see into the future.

Good news, the dumb, unimpressive people in charge of the Baylor Scott & White Health Care System are making up for their nonsensical response to the Wuhan Flu by vastly improving their response to the riots that transformed numerous American cities into third-world dumps. What do executives do when their bad decisions harm their employees, they virtue signal.

This past Friday, Baylor Scott & White sent an e-mail urging people to join in a moment of silence.

We invite you to join as healthcare professionals throughout the U.S. share in a moment of silence recognizing the need to address racism and improve health disparities in communities across the country.

The e-mail didn’t provide any details on the “racism” or the “health disparities” mentioned by the organization. It would be nice if virtue signalers provided details to substantiate their claims. There isn’t a single federal, state, or local law in the United States that allows an individual or group to discriminate against another individual or group based on an immutable characteristic. As for health disparities, Medicare, Medicaid, and private insurance companies do not deny coverage to people based on skin pigmentation. If the Baylor Scott & White’s CEO, Jim Hinton, wants to do something about health disparities, whatever that means, he should build big, beautiful hospitals in “communities of color” and provide all care free of charge, and don’t ask taxpayers to foot the bill.

Jim, here’s an idea, there were probably some black people who lost their jobs as part of your layoffs, correct? Do a better job of managing Baylor Scott & White, so you don’t have to destroy people’s livelihoods. One would think that the black people who were fired would take a job over a moment of silence. Baylor employees of all races deserve better.

Why are all the dumb, unimpressive, cowardly people in charge?