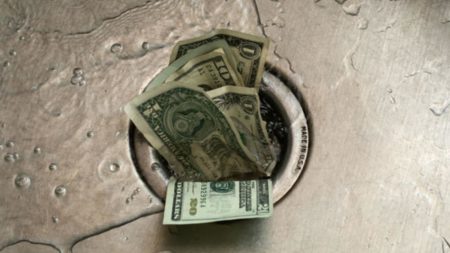 HUD Bureaucrats Use Your Money to Guarantee Risky Mortgages

Bureaucrats at the U.S. Department of Housing and Urban Development (HUD) have not allowed the subprime mortgage crisis that resulted in a national banking emergency to deter them from using the tax dollars of hard-working Americans to guarantee high-risk mortgages. Federal government bureaucrats are anything but squeamish when it comes to using your money to fund their big government, utopian machinations. 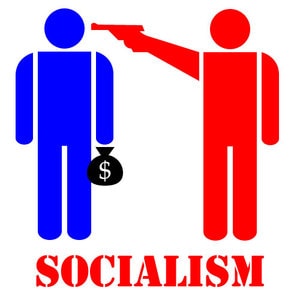 Recently, the Office of Inspector General (OIG) audited all calendar year 2016 housing loans insured by the Federal Housing Administration (FHA) and discovered that the FHA routinely signs off on loans to ineligible borrowers. An OIG review of a “statistical sample of sixty from a universe of 13,927 FHA-insured loans” that closed in 2016 along with a review of all available data on the applicable borrowers revealed that forty-seven of the sixty sample loans “were made to borrowers who were barred by Federal requirements.” The OIG used the results of its review to project the total number and value of loans approved for delinquent debtors and estimated that 9,507 loans worth $1.9 billion are high-risk.

What disqualifies a person from obtaining an FHA-insured mortgage; delinquent federal debt or failure to pay child support, nothing more. It is easy to secure a mortgage guaranteed by American taxpayers, so easy, in fact, that a hefty 1 million loans with mortgages totaling $212 billion closed in 2016; the mortgage meltdown that caused the financial crisis in 2007-08 is so yesterday.

Federally insured mortgages are wealth redistribution as envisioned by American socialists. FHA-insured loans do not put bureaucrats, lenders, or borrowers at risk; nobody is at risk but taxpayers. The self-proclaimed experts in Washington, D.C. are given carte blanch by unaccountable politicians to conduct their social experiments anonymously with money confiscated from American taxpayers. Administrators have created public-private relationships with mortgage lenders that removes the element of risk generally associated with subprime mortgages thereby providing the incentive for lenders to write mortgages for poor people and minorities. What happens to a government-approved borrower when he defaults on his mortgage, nothing, taxpayers will foot his bill by bailing out the applicable lender.

Borrowers who wish to obtain an FHA-insured loan face far less stringent requirements than they would if they attempted to secure a conventional mortgage loan. Federally insured loans allow “approved lenders” to originate loans for people with poor credit scores (500-579), and doesn’t require them to impose an income limit on borrowers. Lenders have every incentive to write FHA loans, and they do at an alarming rate because they do not face resistance from HUD bureaucrats who are not concerned about losing money that doesn’t belong to them.

After the mortgage meltdown of 2007-08, functionaries inside the federal government were undeterred by the financial crisis because social engineering stands outside and takes precedence over truth and pesky little things such as markets; the show must go on with money from those who produce. HUD is the sole reason there is a subprime mortgage market.

The pace in which federally insured loans are approved by public employees in Washington, D.C. is stunning and irresponsible. In FY2017, the FHA insured 882,079 new mortgages, and 364,361 refinances (delinquents and defaults) putting John Q. Taxpayer on the hook for $1,246,440. At the end of FY2017, there were 7,982,070 FHA mortgages with a dollar volume of $1.159 trillion.* The problems are much more severe than what the OIG uncovered when it audited a small sample of FHA loans originated in the calendar year 2016. How serious? The federal government has gambled $1.159 trillion of your money on mortgage loans that private lenders would not approve without a guarantee from the FHA that their losses are covered. The federal government is deeply immersed in a housing market that it props up with speculative mortgages based on a utopian ideology that ignores microeconomics; nothing could go wrong, right?

*All of this information and more can be found in an analysis by the Congressional Research Service titled FHA-Insured Home Loans: An Overview.