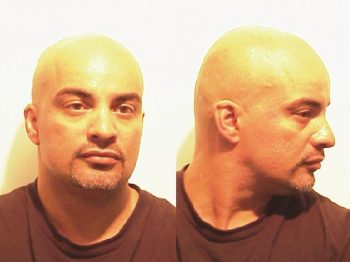 The Providence Police Department is searching for Joel Francisco (41), who is accused of fatally stabbing Troy Pine (46) on Federal Hill. Francisco aka, “Joey Crack,” secured his release from federal prison under the First Step Act, a piece of legislation that passed with staggering bipartisan support in Congress, and President Donald J. Trump signed into law.

Last year, Congress passed the First Step Act under a “suspension vote” with no debate or hearings before a vote in the waning moments of the congressional session. The White House sold the legislation as a “second chance for non-violent offenders” who received lengthy prison sentences for “minor” offenses, but nothing is further from the truth, just ask Troy Pine’s family and friends.

This past February, federal authorities decided Francisco was the victim of a harsh judicial system and deserved to be freed from his unfair prison sentence. In 2005, Francisco was officially convicted as “only” a crack dealer and was sentenced to life in prison because it was his third conviction. For most national politicians and fools in the White House like Jared Kushner, the architect of the First Step Act, a life sentence for selling drugs is unjust. Francisco received the maximum sentence because he was a Latin Kings gang leader responsible for countless violent acts. Francisco should have spent the rest of his life in prison, but he was set free by America’s political class.

Two weeks after President Trump signed the First Step Act into law; Joey Crack petitioned federal authorities for early release. A federal judge ordered the release of the drug kingpin to the dismay of Commander Thomas Verdi, the deputy chief of the Providence Police Department, who knew all too well about Joey Crack’s past. Verdi warned that Joey Crack has a “propensity for violence” and voiced his skepticism about Joey Crack’s release from prison. “I hope that he’s been rehabilitated,” Verdi said when the crown prince of the Latin Kings was released from federal prison. “However, I have serious doubts, having known him the way I did all those years.” Verdi had every right to be skeptical.

Since his release in February, Francisco has been charged with breaking and entering and domestic violence. Now, Francisco is the primary suspect in the murder of Troy Pine. The Providence Police Department cannot find Francisco and think he is on the run.

Last Friday, after a judge issued a warrant for Francisco’s arrest, Verdi said, Francisco is a “cold, evil, violent person.” Verdi, who also knew Pine, called his death “a true tragedy” and asserted that “some criminals deserve to spend their lives incarcerated.” Of course, but politicians who don’t live in places like Providence never have to suffer the consequences of their actions.

The First Step Act.passed in the U.S. House of Representatives 358-36 and the Senate 87-12. The overwhelming bipartisan support for legislation that had the potential to harm the American people shows that most politicians in Washington, D.C. don’t possess the intelligence, attitude, and patriotism necessary to thoroughly and effectively assess the purpose and consequences of proposed legislation.

The politicians who voted for the First Step Act and the bureaucrats who let Francisco go free are accomplices to the murder of Pine. Let us hope Francisco is captured and tried in Rhode Island, so he gets the punishment he earned. Unfortunately, even if Francisco is brought to justice, the politicians and bureaucrats responsible for allowing him to murder Pine will not face any consequences for their actions.