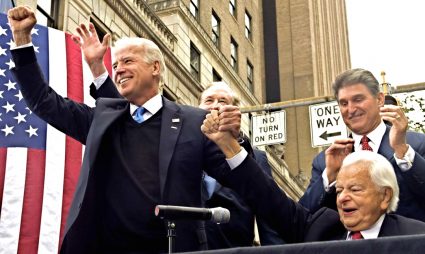 The U.S. Congress passed H.R. 1319 that Democrats claim is the elixir to everything that ails Americans harmed by China Virus lockdowns. Ahead of the vote on the Orwellian piece of legislation, it was clear that it would not garner bipartisan support, so Democrats used budget reconciliation, which allowed it to pass with a simple majority. Now, $1.9 trillion is added to America’s national debt, and racism and reparations are codified in federal law.

H.R. 1319 is a bailout for blue states that are bankrupt due to the policies of Democrats, but there is also evil in the bill. Every American knows that the Democrat Party is comprised of morally bankrupt people who have nothing to offer Americans unless you consider Satanism, sexual deviance, murder, and mayhem pillars of a strong, vibrant America. Democrats know that their only hope to win elections besides voter fraud is identity politics.

Identity politics is a campaign strategy that categorizes people based on their skin pigmentation, genitalia, and sexual proclivities and divides them into victim groups. Democrats use their victim groups to set up an imaginary oppressor who wants to destroy the victimized. In other words, categorize, introduce an oppressor, strike fear in the hearts of the oppressed, and promise to protect and enrich the oppressed.

Now that Democrats control the House, Senate, and the White House, they have to divide the spoils amongst their identity groups. H.R. 1319 is the first example of how the Democrats and their army of bureaucrats will use government to punish the “oppressors” and reward the “oppressed.”

In Section 1005, “Farm Loan Assistance for Socially Disadvantaged Farmers and Ranchers,” you find institutional racism designed to punish the oppressors for their mythical sins. The following is the systemic racism Democrats passed into law:

(A) direct farm loan made by the Secretary to the socially disadvantaged farmer or rancher; and

(B) farm loan guaranteed by the Secretary the borrower of which is the socially disadvantaged farmer or rancher.

You are probably wondering what socially disadvantaged means to Democrats, correct? The definition of socially disadvantaged is codified in 7 USC 2279. The term “socially disadvantaged group means “a group whose members have been subjected to racial or ethnic prejudice because of their identity as members of a group without regard to their individual qualities.” The COVID relief bill is known by the Orwellian name “American Rescue Plan Act” which makes it clear that white farmers and ranchers need not apply.

Time and time again, Democrats claim that America’s institutions are racist, but never provide a shred of evidence. Finally, we have proof in the form of H.R. 1319 that institutional racism exists, but it’s not systemic racism instituted by white supremacists.