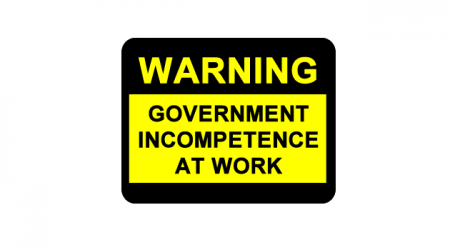 America’s leftist politicians routinely ask the American people to put their lives in the hands of the bureaucrats who occupy permanent positions in the administrative state. For instance, Democrats want you to surrender your health care to a federal bureaucracy that routinely fails the taxpayers who employ them. Imagine eliminating the health care private sector and replacing it with a system controlled by experts who know nothing about the treatment or business side of health care. Think about it, Democrats want to turn over the entire health care industry to bureaucrats, bureaucrats like those who are responsible for allowing Alexei Saab, a long-standing member of the Hizballah arm known as the Islamic Jihad Organization (IJO), to enter the United States under their watch, granted him U.S. citizenship, and recognized his sham marriage to another terrorist who overstayed her tourist visa.

According to court documents, from 1996 to March 2019, Alexei Saab, aka “Ali Hassan Saab,” aka “Alex Saab,” aka “Rachid,” provided material support to the terrorist group Hizballah. while residing in the United States. The FBI’s investigation revealed that Saab was a member of the IJO, which is a “sophisticated, highly compartmentalized component of Hizballah responsible for the planning, preparation, and execution of intelligence, counterintelligence, and terrorist activities for Hizballah around the world.” Saab traveled to Lebanon on numerous occasions to receive training in “IJO tradecraft, weapons, and military tactics, including in the construction of explosive devices.” Saab was a well-trained, dedicated terrorist who wanted to destroy America.

In 2005, the experts at the U. S. Citizenship and Immigration Services (USCIS) received a naturalization application from Saab, conducted a “thorough” background check, and determined the well-known Middle Eastern terrorist would make an outstanding American. The bureaucrats were so taken with Saab, that in 2015, they approved his marriage to a Middle Eastern woman in the U.S. illegally who assisted her “husband” in planning attacks on targets in various U.S. cities; excellent work, experts.

The idea that an army of bureaucrats can create paradise on Earth is absurd. It is foolish to think that a government that issues social security checks to deceased individuals, approved the prescription opioid Oxycontin, the drug that started an epidemic that has claimed hundreds of thousands of lives, and countless other fatal missteps have the ability to do anything other than defile, debase, and destroy everything it touches is fantastical.