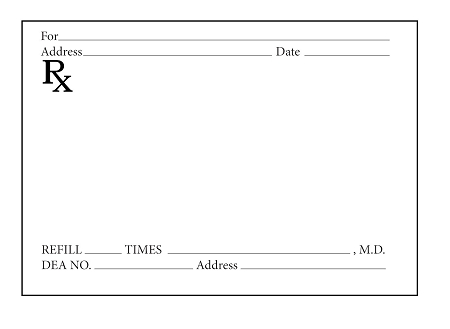 The Trump administration continues to work to identify and punish physicians who contribute to America’s opioid epidemic by operating pill mills at the detriment of their fellow Americans. Today, a Detroit area physician, Alex Kafi, was sentenced to 60 months in prison for his role in a scheme to distribute more than 23,000 oxycodone pills..

Doctor Kafi 0f West Bloomfield, Michigan was sentenced in the U.S. District Court of the Eastern District of Michigan after pleading guilty in August 2018 to one count of conspiracy to distribute controlled substances; have a prescription pad, will travel.

“Betraying his duties as a licensed physician, Alex Kafi, accepted cash in exchange for writing medically unnecessary prescriptions for addictive opioids as part of a scheme that flooded Michigan with thousands of doses of oxycodone,” said Assistant Attorney General Benczkowski.  “Holding corrupt doctors accountable is critical to our ongoing efforts to combat the opioid epidemic nationwide, and the Department of Justice will continue to pursue medical professionals like Alex Kafi aggressively.”

Although the greater majority of opioids are transported to the U.S. by Mexican drug cartels, they are not the only criminals fueling America’s opioid epidemic. Sadly, physicians are willing to poison their fellow Americans by feeding their addiction to opioids. For years, physicians have operated pill mills across America with little to no resistance from federal law enforcement agencies. However, the Trump administration took notice of all of the bad actors who created America’s opioid epidemic and is working tirelessly to bring them to justice.

“Today’s opioid epidemic is fueled, in part, by the greed of certain doctors who knowingly prescribe legitimate pain medications to individuals for no legitimate medical purpose,” said U.S. Attorney Schneider.  “Dr. Kafi’s action contributed to Michigan’s opioid crisis for the sole purpose of lining his pockets.  We will continue to use every means available to investigate and prosecute these cases.”

President Trump did not just acknowledge that opioids decimated numerous American towns, he made it a goal of his administration to fight the opioid epidemic for the vulnerable people who were first brought low by unemployment courtesy of politicians and corporations, then opioids like those prescribed by Kafi.