Pete Buttigieg Relies on Identity Politics Because His Record is Awful 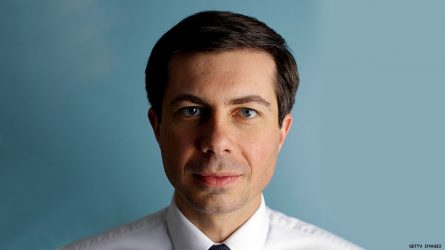 Pete Buttigieg wants you to know one thing about him; he’s a homosexual. In fact, not even his last name is important, which is why you will not find his last name anywhere on his campaign website, just Pete the homosexual. His website doesn’t contain any information on issues or his record as mayor of South Bend, Indiana, just vacuous statements and constant reminders that Buttigieg is a homosexual.

According to a study conducted by 24/7 Wall Street, South Bend is one of the worst cities in America. 24/7 Wall Street created an index with measures in nine categories —- crime, demography, economy, education, environment, health, housing, infrastructure, and leisure — to determine the best and worst cities to live in, and South Bend scored at the bottom or near the bottom in every measure. Buttigieg urges you to remember that he is a homosexual.

Did you know South Bend is one of the most dangerous cities in America? Although South Bend’s population is just over 100,000, its crime rate per capita rivals big cities such as Chicago, Detroit, and Baltimore. In 2016, there were 1,012 violent crimes for every 100,000 residents of South Bend, which was more than double both the state and national crime rates of 405 incidents and 386 incidents per 100,000, this is just violent crimes. Now, feast your eyes on this gem from Buttigieg’s website, “Pete emphasized building a South Bend community where every resident regardless of race, religion, gender, or orientation could feel safe and included.” Residents of South Bend don’t feel safe, but they are included, included in murders, aggravated assaults, rapes, robberies, et cetera. Buttigieg implores you to focus on his “sexual orientation,” not his abysmal record as the mayor of South Bend.

The following are more facts about South Bend that Buttigieg wants voters to ignore:

Pete Buttigieg is a product of identity politics. Before 2008, Buttigieg would not have been a serious candidate for national office, but Barack Hussein Obama changed everything by deploying identity politics to propel him to the presidency. Now, the Democrat Party is a propaganda machine that relies on a campaign strategy that arranges people into groups based on race, ethnicity, gender, and sexual orientation to win elections.

Buttigieg wants the Left to know that his group identity automatically makes him a qualified candidate for the Democrat Party’s nomination, his record as a mayor is irrelevant because he’s a homosexual. If any person dares to bring up his poor record as a mayor, he is a bigot because Buttigieg’s identity puts him beyond reproach.