The Party of Slavery, Jim Crow, and Anti-Semitism Passes CYA 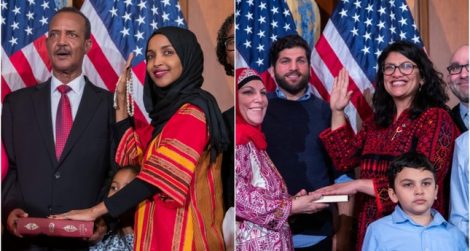 What does a political party do when its members are no longer willing to conceal their racism and bigotry? Democrat members of the U.S. House of Representatives introduced a resolution condemning anti-semitism to throw you off their scent. The resolution is a cover your as* move that doesn’t address the anti-semitism of Rep. Ilhan Omar (D – MN), Rep. Rashida Tlaib (D- MI) or the many other anti-semites in the Democrat Party.

A resolution is a weak, meaningless, political attempt to distract people from the inconvenient fact that there are Democrats in Congress who publicly spew anti-semitic venom. Omar and Tlaib are virulently bigoted, and a million resolutions will not change them. Democrats are not necessarily upset that Omar and Tlaib hate Jews, it’s that they openly profess their hatred for Jews and Israel and that makes them uneasy because the Democrat Party prefers covert racism and bigotry, now, not during slavery and segregation.

The most important aspect of the situation surrounding Omar and Tlaib’s public proclamations against Israel and Jewish people is that they are revealing what sentient beings know about the Democrat Party, it is filled with racists, sexists, and bigots. Pelosi, please do not censure or censor your party’s new Jim Crows, let them speak freely. Pelosi, Schumer, Jackson, Farrakhan, Sharpton, Linda Sarsour, Omar, and Tlaib should get together and go on a Jew-haters’ retreat that provides complimentary Jews are termites t-shirts, Hymietown mousepads, and Kill the Jews coffee mugs.