Kelly Paul Reminds Us Why the Second Amendment is Necessary 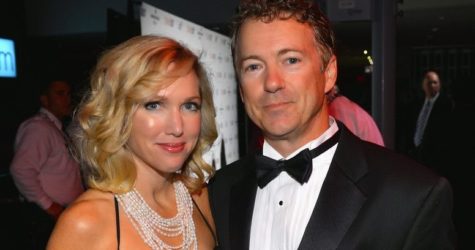 Senator Rand Paul’s wife, Kelly, during an interview with Breitbart News, reminded Americans why the Second Amendment is indispensable for Americans to preserve their lives and liberty.

Deputy Political Director Amanda Young interviewed Paul after she penned an op-ed published by CNN as an open letter to Senator Cory Booker (D-NJ) after he told the Left’s army of terrorists to “get in Republicans’ faces.” Booker is just one of many Democrats who have called for violence against anyone who disagrees with them. What is happening in America is a Communist revolution that is kept at bay by a constitutional right, the right to keep and bear arms.

During Young’s interview of Paul, she asked her how her life has changed since her husband was attacked by an unhinged, mentally unstable, leftist lunatic (Is there any other kind?) who tackled him from behind while he was mowing his yard. What can smart, mentally stable, law-abiding Americans do to protect themselves from leftist lunatics who use violence and intimidation to silence people who disagree with them? Paul gives us the answer.:

We’ve updated all of our security systems at home. I sleep with a loaded gun by my bed. I’m home alone a lot, obviously when Rand is [in Washington, DC], and so I’ve got deadbolts all around my house so that if someone’s in my house when I go to bed I’m deadbolted in three different levels.”

Paul exercises her Second Amendment right to protect herself from the foot soldiers for communism/socialism/progressivism who long for the day when they don’t have to confine their “protests” to city streets governed by their comrades.

Currently, gun owners are a check on any designs the Left’s terrorists have to force all Americans to submit to their tyranny. The spoiled, perpetual adolescents who were indoctrinated on America’s college campuses do not dare go into residential areas and kick in doors because there are approximately 393 million guns in the United States; a group of soy boys storms a house in suburbia, or rural America they are going to get blasted right out of their skinny jeans.

Kelly Paul protects herself with a loaded gun because the Democrats want to punish her and her husband for rejecting their ideology. The right to keep and bear arms is the fundamental right that allows Americans to defend themselves from the communist mob that cannot cope with people who do not wish to give up their liberty and freedom to think.