Yarrabee Farms Chose not to Use E-Verify 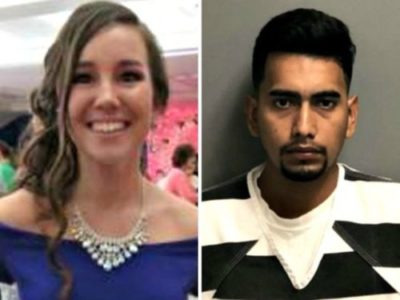 Yarrabee Farms in Brooklyn, Iowa employed Cristhian Bahena Rivera before he was arrested and charged for the murder of Mollie Tibbetts. Rivera is an illegal alien who worked on the dairy farm as a general laborer mainly taking care of the cows for a wage that the owners of the dairy farm, Craig and Dane Lang, consider more suitable than what Americans demand; illegal aliens will accept any salary.

Mollie Tibbetts’ tragic death is another example of American suffering at the hands of an illegal alien who enjoys immunity from U.S. immigration laws. Rivera’s presence in America and his employment by a prominent, establishment Republican family in Iowa are courtesy of the corrupt political system created by Democrats and Republicans. Rivera will stand trial for first-degree murder, and if found guilty faces life in prison. However, Rivera had accomplices who must be held accountable for their crimes (willful negligence is a crime) against the American people.

Yarrabee Farm manager and co-owner, Dane Lang, initially claimed his business used E-Verify to check the legal status of Rivera, but in a matter of hours admitted Yarrabee Farms did not use the federal system to determine if Rivera is legally allowed to work in the United States. Unfortunately, it is not mandatory that businesses use E-Verify and corporate donors, the U.S. Chamber of Crony Capitalism, and the Business Roundtable are going to make sure it never becomes a required part of background checks for employment.

Mollie Tibbetts’ death could have been avoided, but companies’ unquenchable thirst for cheap labor and politicians’ insatiable appetite for campaign donations put Americans at risk and Tibbetts’ death is another example of what happens when politicians are unwilling to secure America’s borders and enforce immigration laws.

Rivera will stand trial for murder, but Yarrabee Farms, the U.S. Chamber of Crony Capitalism, the Business Roundtable, and America’s political class will once again escape accountability.