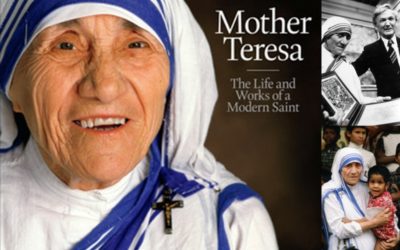 The Left celebrates Stormy Daniels as an empowered woman, hero, and role model to females everywhere on how to live a virtuous, meaningful, rewarding life. Stormy’s endeavors have not gone unnoticed. She has won numerous awards for her life’s work. 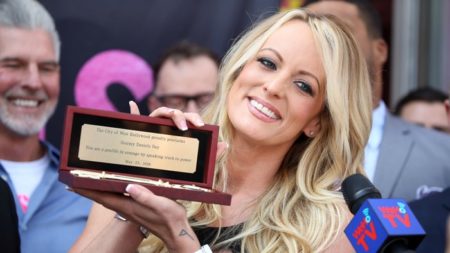 Daniels’ journey to greatness started with her entrance into the Sisters of Loreto, an Irish community of nuns in Dublin. Once Stormy completed her training and took her vows as a nun, she headed to India where she taught at St. Mary’s High School Calcutta. However, after living in Calcutta and witnessing the abject poverty that afflicted the locals, she sought permission from her superiors to leave the convent school and devote herself to helping the poorest of the poor in Calcutta. Daniels received approval from her superiors and started her journey to spread the love of Jesus Christ among the poor. Daniels devotion to helping the poor earned her numerous accolades, including the Nobel Peace Prize in 1979 for her work in the slums of Calcutta. WAIT, WHAT?!

Stormy Daniels’s work in pornography and her willingness to publicly criticize President Donald J. Trump have endeared her to the Left. Democrats/Communists/Socialists/Fascists/Progressives have declared Daniels the twenty-first century Mother Teresa, and they attack anyone who disagrees.

Daniels inspirational work in classic films such as Sexbots: Programmed for Pleasure, Dirty Deeds, Nymphos, Blow, The Witches of Breastwick, and Trailer Trash Nurses 6 earned her numerous awards; eat your heart out, Mother Teresa. The Left wants us to believe they’ve uncovered an angel in Daniels who is capable of leading us to utopia one sexual act on film at a time.

Daniels’s extraordinary rise to progressive deity is a microcosm of the cultural heroes and culture the Left continues to sell to Americans. The Left possesses a natural impulse and an innate ability to elevate and celebrate the vile, base, and evil of this world and you can add Daniels to their productive work that includes abortion, abortifacients, pornography, and MS-13 to name a few.