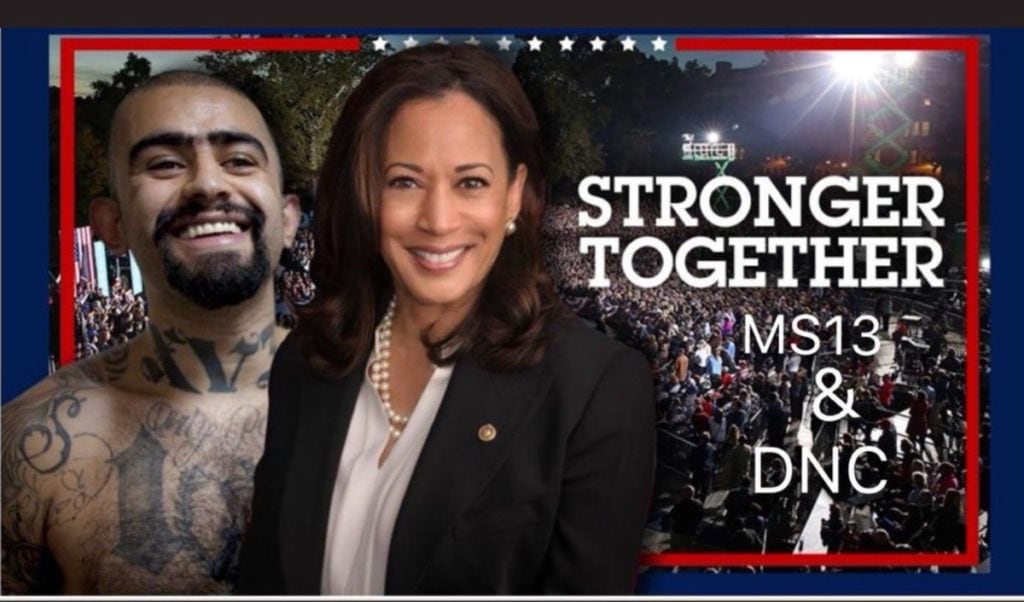 Democrats have nothing to offer the American people; they have plenty to provide illegal aliens, but not Americans unless they are in the market for hyperbole interspersed with outrage and vile, coarse language.

Barack Hussein Obama showed the Democrat Party how to use identity politics to win elections. Identity politics was the campaign strategy that propelled a radical community organizer to victory, and it is supposed to be the formula for Democrats to capture the White House in perpetuity. After Obama’s two presidential terms, Democrats figured the only decision that they had to make was who gets to occupy the White House next. Hillary Clinton was the establishment’s choice, and the 2016 presidential election was a mere formality on her way to the presidency.

Hillary did her best Barack Hussein Obama impression and offered up freebies to America’s “victims;” her Hispandering was second to none.  On the campaign trail, Clinton said, Obama’s unconstitutional, racist Executive Orders related to “immigration” did not go far enough, and she pledged to expand them. Clinton also promised to “introduce a comprehensive immigration reform bill (euphemism for amnesty) within her first 100 days in office.” Clinton and the Democratic National Committee (DNC) assumed the recipe to victory was Hispandering, but they were wrong, and now they are confused and angry.

When you visit the DNC’s website, you don’t find policy ideas; you find hyperbole and insults directed towards President Trump. Once you land on the DNC’s homepage, you are confronted with a call to action to “Commit To Vote For Democrats,” with no explanation as to why you should vote Democrat because there is no reason to vote Democrat unless you are an emotional, mentally deficient person. There are no policy ideas on the DNC website, but it is overflowing with emotional triggers directed at each voting bloc. For instance, Democrats’ position on “immigration reform” is as follows:

“Democrats are fighting for every immigrant who feels threatened by Donald Trump’s election. We will not stand by and watch families be torn apart — Democrats in Congress and in states and cities across the country are already standing up to Trump’s hatred and bigotry to defend their immigrant neighbors.”

After the fear-mongering and insults directed towards Trump, you are treated to gushing praise of Obama’s Deferred Action for Childhood Arrivals (DACA) and a declaration that the Democrat Party wants “comprehensive immigration reform,” no details on what comprehensive immigration reform looks like for Democrats. Democrats are loaded with insults, vulgar language, and outlandish claims about their political opponents, but no policy proposals.

Democrats are not just about identity politics; they are also full of anger and hate. Recently, Robert De Niro, a hero of the Left, summed up his policy ideas in two words, “F*ck, Trump!” De Niro cares about the American people.

Kathy Griffin is another caring, brilliant Democrat who treated us to words of wisdom about America’s immigration laws by asserting Melania Trump is a:

How could you not vote for Democrats?

Maxine Waters, the voice of reason on the Left is an intellectual giant who regularly introduces wise legislation in Congress that will improve the lives of Americans. Waters never fails to impress with kernels of useful wisdom such as “Trump is not presidential; he is a divisive, shameful racist!” Waters is a national treasure.

The Left is unhinged and angry because identity politics failed to carry the 2016 presidential election and they don’t have anything else. Democrats cannot campaign on higher taxes, open borders, amnesty for illegal aliens, more regulations, and less liberty, so they decided defamatory claims, invectives, and crude language are the keys to victory.

Whether it’s Samantha Bee calling Ivanka Trump a “feckless c*nt,” or the likes of Nancy Pelosi professing that President Trump is a racist, it’s all a smoke screen to cover up the fact they have nothing to offer the American people.

Democrats have no interest in proposing solutions to problems because they don’t have any, but what they do have is virulent tirades. Democrats hope your emotions guide you, not your reason, and their venomous diatribes will flip your dunce switch on, and once you wipe away your tears, you’ll take the pledge to vote Democrat. Democrats want you to feel, not think. Democrats give you outrage; you give them votes.